A Global Solution for the Six Nations of the Grand River

Please join us for a presentation by Phil Monture of Six Nations of the Grand River, who will tell the story of his community and the Haldimand Treaty of 1784. The treaty covers lands for six miles on each side of the Grand River from Lake Erie to its source, including the Balisillie’s campus. Monture, who has been researching this history for almost 40 years, will provide a historical overview of various land transactions and will discuss current Six Nations efforts in Canada and at the United Nations Permanent Forum on Indigenous Peoples to have the their land claim resolved.

He was a member of the Planning Team for the National Land Claims Research Summit and Ontario’s representative on the Land Rights Issues for the National Joint Task Force on Claims Policy Reform (Assembly of First Nations/Canada).

In 2002, Phil established his own company “Nativelands Ltd.” to utilize his expertise to study and develop Land Tenure and Land Rights for Indigenous Peoples in Canada, the United States and Central America.

Phil has also been active in taking Six Nations unresolved Land Rights issues to the United Nations. The ultimate goal of this process is to establish partnerships and secure a stable, secure and independent economic base for the Six Nations Peoples as per the intent of Six Nations Treaty for their lands. 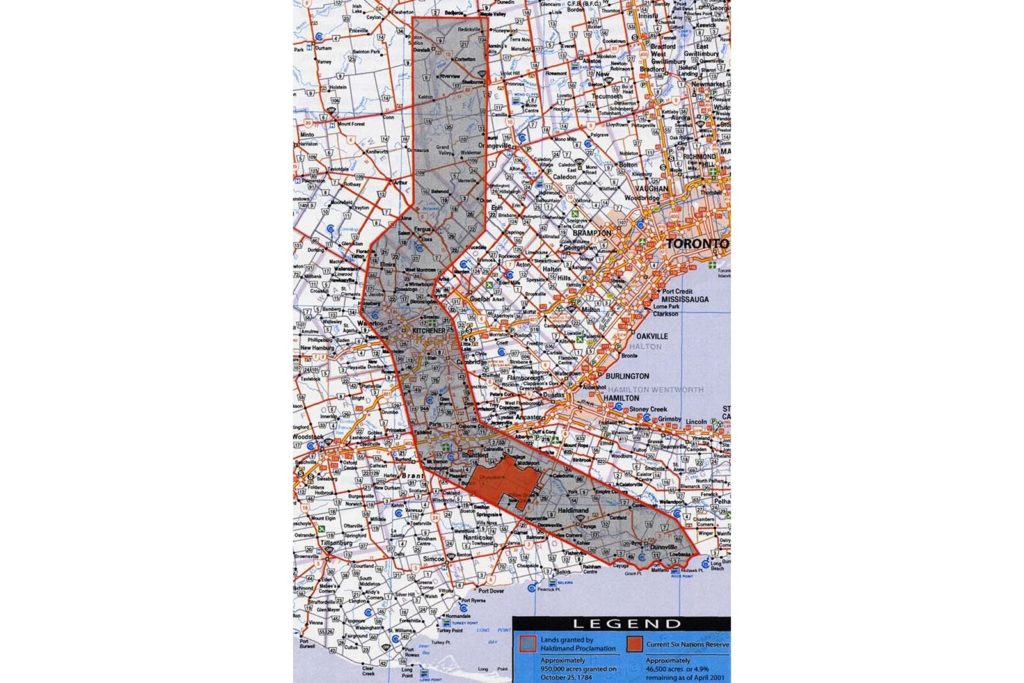 Map of the Haldimand Tract courtesy of Phil Monture, Six Nations of the Grand River