Aspirations, Borders and Freedom of Movement: Mobility in the Mediterranean Space

The number of recorded deaths during migration in the Mediterranean Sea make up for nearly half of all those who have lost their lives in search of a better and/or safer future across the globe, since 2014. At the same time, land routes such as the Balkan one, have precipitated wall and fence construction and the creation of a dangerous and demoralizing transit process referred to as the “the game”.

Though the European Union (EU) and the United Kingdom are the desired destinations, the EU has, to date, responded by transferring over €700 million to Libya, through its EU Emergency Trust Fund for Africa and €6 billion to Turkey with the EU Facility for Refugees in Turkey initiative, leaving the bulk of managing human mobility in the hands of third parties with questionable human rights records.

Despite these efforts, on the night of September 12th 2022, the Rifugio Massi, a shelter sponsored by a local priest and run by a network of NGO’s and dozens of volunteers in the Italian Alpine town of Oulx, near the French border, had to accommodate, families, single men and women, and unaccompanied minors from Afghanistan, Algeria, Bangladesh, Cameroon, Iran, Kosovo, Mali and Morocco, totalling 80 people, with a maximum capacity at the shelter of about 60. Such grassroots solidarity is filling institutional lacunas with great difficulty across the Mediterranean space. That same night, another 46 people were being hosted at a centre managed by the Red Cross in a town 25 km away; a site that has also been hosting Ukrainian refugees since war broke out earlier this year.

In the midst of all of this, civil society organizations and active citizens around the sea are working to build on the vision of the Mediterranean as a crossroads of humanity where the lingua franca, Sabir, reigned for centuries, and lead us toward the notion of a common house and a concept of Mediterranean citizenship. Perhaps such ideals could be a path toward a more thriving, egalitarian and just collective future?

A writer, researcher, educator and activist, Lisa Ariemma focuses on issues related to citizenship, democracy and migration. She has been published in newspapers, magazines, blogs and peer-reviewed academic journals such as Research in Social Movements Conflicts and Change and the Journal of Public Affairs. Her courses on intercultural dialogue, multiculturalism and conflict management have been conducted for students, teachers and social workers in the Province of Turin in Italy. As an activist and independent researcher, she has participated in conferences and cultural festivals in Europe, North America and the Middle East and is co-president of Maydan Association, which promotes a concept of Mediterranean citizenship. In 2021, she co-coordinated the “Our Mediterranean” advocacy campaign with CSO’s from Italy, France, Gaza and Lebanon. She holds a Master in Political Science from McGill University, a Graduate Diploma in Journalism from Concordia University and an Honours Bachelor of Arts in International Relations and Political Science from the University of Toronto. She devotes volunteer hours assisting people in transit in border areas and advocates for refugee and migrant rights. Her piece “First Night on the Border”, which recounts her experience between Clavière, Italy and Montgenèvre, France, is on the 2022 CBC Non-Fiction Prize Longlist

Aspirations, Borders and Freedom of Movement: Mobility in the Mediterranean Space

This event takes place in-person at the Balsillie School. Masks are encouraged, 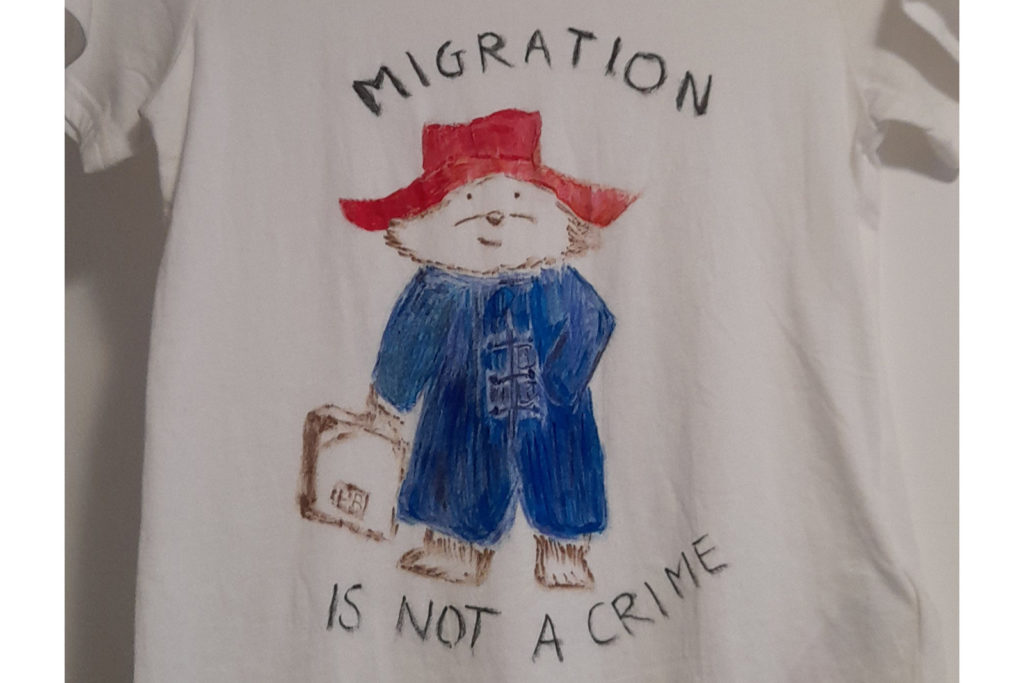