Balsillie Lecture: “Multipolar or Multiplex: Rising Powers, the West and the Rest”

The debate over the future of world order is far from settled. Some analysts are still in denial about the end of “unipolarity” or the era of US hegemony. Others see the emergence of a US-China bipolarity. Most policymakers and academics see the emergence of “multipolarity”, invoking the pre-World War II Europe-led international order. Yet, none of these captures the complex make-up and dynamics of the emerging world order. The rise of non-Western powers, and the decline of the US, are creating a new world ordering that is best described as “multiplex”. This lecture will highlight the key features of the multiplex world, focusing on the role of rising powers as well as the changing nature of institutions and ideas that will shape conflict and stability.

Amitav Acharya is the UNESCO Chair in Transnational Challenges and Governance and Distinguished Professor at the School of International Service, American University, Washington, DC. He is the first non-Western scholar to be elected (for 2014-15) as the President of the International Studies Association (ISA), the largest and most influential global network in international studies. Previously he was a Professor at York University, Toronto and University of Bristol, U.K. He is currently a Honorary Professor at Rhodes University, South Africa, and Guest Professor at Nankai University, China. He was the inaugural Boeing Company Chair in International Relations at the Schwarzman Scholars Program at Tsinghua University, Fellow of Harvard’s Asia Center and John F. Kennedy School of Government, and Christensen Fellow at Oxford. His books include Re-imagining International Relations: World Orders in the Thought and Practice of Indian, Chinese, and Islamic Civilizations (Cambridge 2022, with Barry Buzan), The Making of Global International Relations (Cambridge 2019: with Barry Buzan) and Constructing Global Order (Cambridge 2018); The End of American World Order (Polity 2014, 2018). His essays have appeared in International Organization, International Security, International Studies Quarterly, Journal of Asian Studies, Foreign Affairs, Journal of Peace Research, International Affairs, Perspectives on Politics, and World Politics. He has written op-eds for Financial Times, International Herald Tribune (now International New York Times) Washington Post, Times of India, Australian Financial Review, and other newspapers around the world, and appeared on news media such as CNN International, BBC TV and BBC World Service Radio. He has received two Distinguished Scholar Awards from the ISA, one in 2015 from its Global South Caucus for his “contribution to non-Western IR theory and inclusion” in international studies, and another in 2018 from ISA’s International Organization Section that recognizes “scholars of exceptional merit…whose influence, intellectual works and mentorship will likely continue to impact the field for years to come”. In 2020, he received American University’s highest honor: Scholar-Teacher of the Year Award. 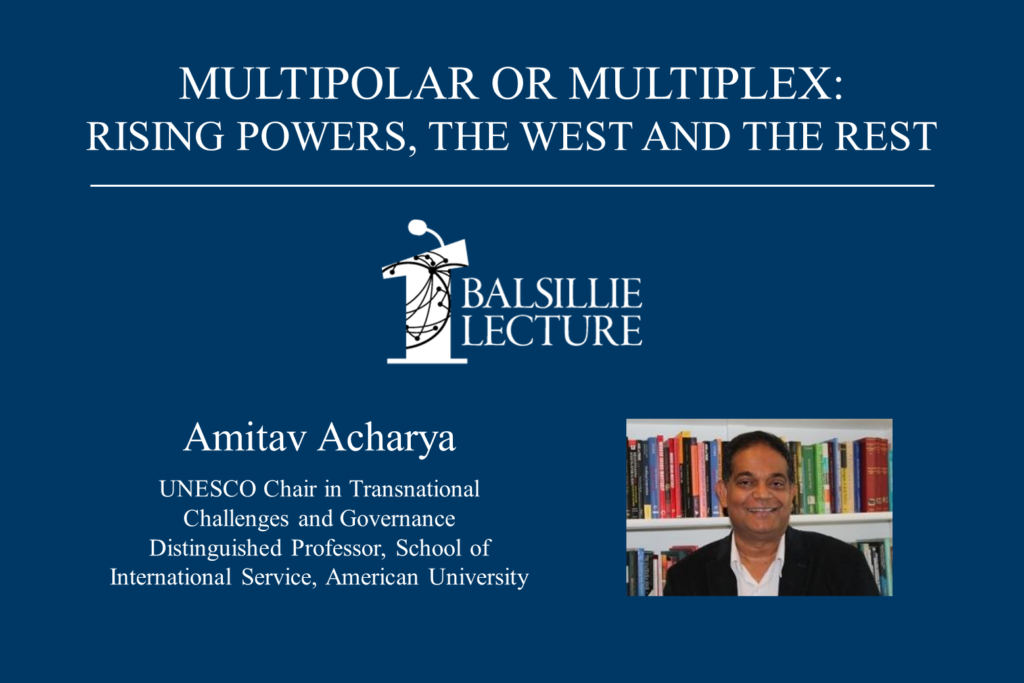