Petroleum is the most valuable commodity in the world and an enormous source of wealth for those who sell it, transport it and transform it for its many uses. As the engine of modern economies and industries, governments everywhere want to assure steady supplies. Without it, their economies would grind to a standstill.

Since petroleum is not evenly distributed around the world, powerful countries want to be sure they have access to supplies and markets, whatever the cost to the environment or to human life. Coveting the petroleum of another country is against the rules of international law — yet if accomplished surreptitiously, under the cover of some laudable action, it’s a bonanza. This is the basis of “the petroleum game,” where countries jockey for control of the world’s oil and natural gas. It’s an ongoing game of rivalry among global and regional countries, each pursuing its own interests and using whatever tools, allies and organizations offer possible advantage.

This talk, based on the book Oil and World Politics: The real story of today’s conflict zones – Iraq, Afghanistan, Venezuela, Ukraine and more, covers oil-producing countries, transit countries, the Big Powers as well as Canada. John Foster explores military interventions, tensions around international waterways, and the use of sanctions or political interference related to petroleum trade. Drawing on his experience as a petroleum economist, John illuminates the petroleum-related reasons for government actions usually camouflaged and rarely discussed publicly.

Oil and World Politics: The real story of today’s conflict zones: Iraq, Afghanistan, Venezuela, Ukraine and more will be available for sale courtesy of Words Worth Books.

John Foster has spent his working life as a petroleum economist. He has more than 40 years’ experience in policy and economic issues relating to infrastructure and petroleum. While holding positions with the World Bank, the Inter-American Development Bank, Petro-Canada and BP group, he witnessed first-hand the impact of petroleum geopolitics in more than 30 countries around the world.

Angela Carter’s research has focused on environmental policy regimes surrounding oil extraction in Canada’s primary oil producing provinces: Alberta, Newfoundland and Labrador, and Saskatchewan. Her recent publications analyzed government policy approaches and social movement opposition to fracking, as well as provincial oil sector emissions policy. She is now extending this work in an international comparative project on supply-side climate policy. She is particularly intrigued by the rise of “keep it in the ground” movements and legislation.

This event is co-sponsored by the Peace and Conflict Studies Association of Canada (PACS-Can) and LSPRIG: Laurier Student Public Interest Research Group. 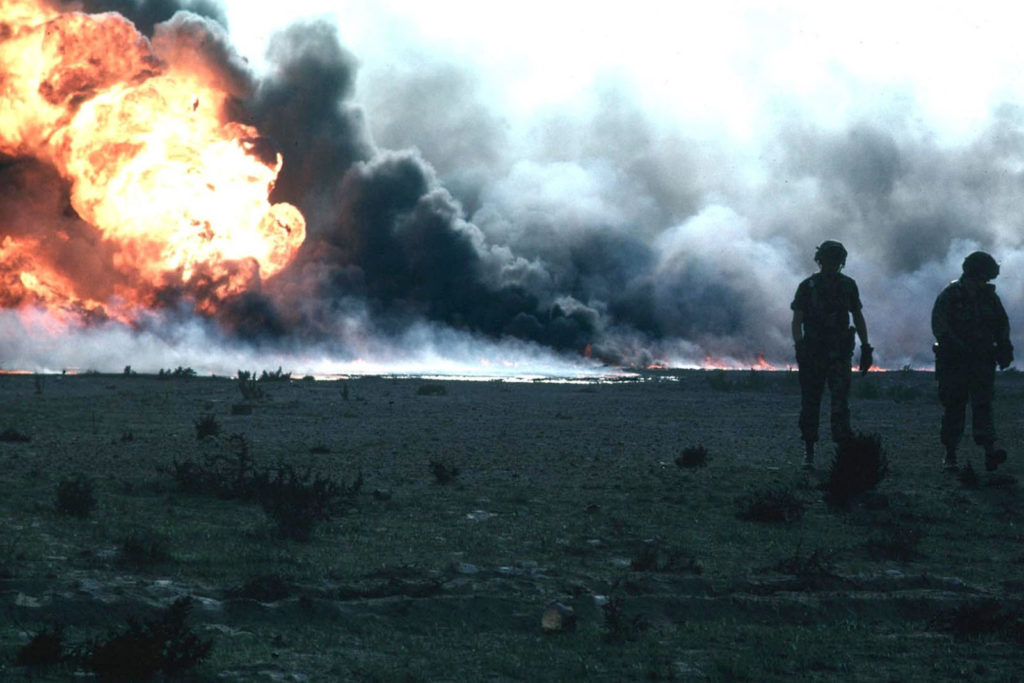