Engaging Government for Environmental Policy Research: The View from Ottawa

Link to recording of this event: https://youtu.be/w4ay1_9cL1o

Many environmental researchers are highly engaged in policy research, but have limited knowledge of how the evidence of good policy combines with the political and institutional exigencies within government. This panel discussion brings together experienced policy practitioners for insights into effective (and ineffective) strategies for influencing and engaging governments in environmental policy processes. Key topics will include strategies on how to engage government (in its various components), what key decision-makers are looking for, how to present material, evidence and ideas, and a some “insider” insights and a few cautionary tales from the trenches.

Julie Gelfand is the former federal Commissioner of the Environment and Sustainable Development in the Office of the Auditor General of Canada. During that time, Julie led a historic collaborative audit on climate change with the provincial Auditors General, as well as audits on subjects such as the Sustainable Development Goals (SDGs), toxic substances, biodiversity and the federal oversight of industrial activities (mining, aquaculture, nuclear energy, pipelines). Prior to this, Julie was the Vice President of Environment and Social Responsibility at Rio Tinto, Iron Ore Company of Canada (IOC) where she was member of the Executive Team and had full responsibility for all environmental and social responsibility files. She is fluently bilingual, is a certified Coach and has a MBA from University of Ottawa. She is a Distinguished Senior Fellow of the Munk School of Global Affairs and Public Policy and sits on the Board of WWF Canada.

Timothy Kennedy began his work leading the national association for Canada’s seafood farming sector in April 2017 as President & CEO of the Canadian Aquaculture Industry Alliance (CAIA). He’s passionate about the future and potential of sustainable seafood farming for Canada and the world. After a period of time working in the non-profit sector and as an environmental policy advisor for a political party, Timothy worked for nine years as a senior government relations consultant in Ottawa, advising clients in the natural resources and sustainability sectors. Much of his spare time is spent driving his kids to soccer practices and going on family hikes & outings, but he’s also a passionate amateur birder and naturalist, and is a singer with a special interest in sacred music.

Josh Laughren has spent 20 years in various leadership positions in conservation, communications and climate change. He has helped establish marine protected areas on all three of Canada’s coasts, secure better protection for endangered north Atlantic right whales and pass new laws to crack down on illegal oil dumping from ships. Josh also led the first Earth Hour in Canada, which rallied more than 10 million adult Canadians to voice support for action on climate change. As Executive Director of Oceana Canada, Josh oversees all of Oceana Canada’s campaigns to rebuild ocean abundance in Canada. In Canada, Josh successfully lobbied to include a legal mandate to rebuild depleted fish populations in the amended Fisheries Act, increase transparency in fisheries management and, through at-sea science expeditions, help protect vital ocean ecosystems. Under his leadership, Oceana Canada galvanized support from more than 300,000 ocean advocates to end Canada’s role in the cruel shark fin trade. Josh is committed to rebuilding Canada’s fish populations and restoring the health of Canada’s oceans.

John Moffet, currently Assistant Deputy Minister, Environmental Protection Branch, with Environment and Climate Change Canada (ECCC), joined ECCC in late 2005 on Executive Interchange, and has since made the department his home. Before joining ECCC, he consulted on environmental law and policy issues in Canada and in developing countries, was Executive Assistant to the Attorney General of Ontario, and (briefly) practiced law in Toronto. He has lectured and published on a wide range of environmental law and policy topics, has two adult children, and enjoys cross-country skiing, mountain biking and canoeing in his spare time. 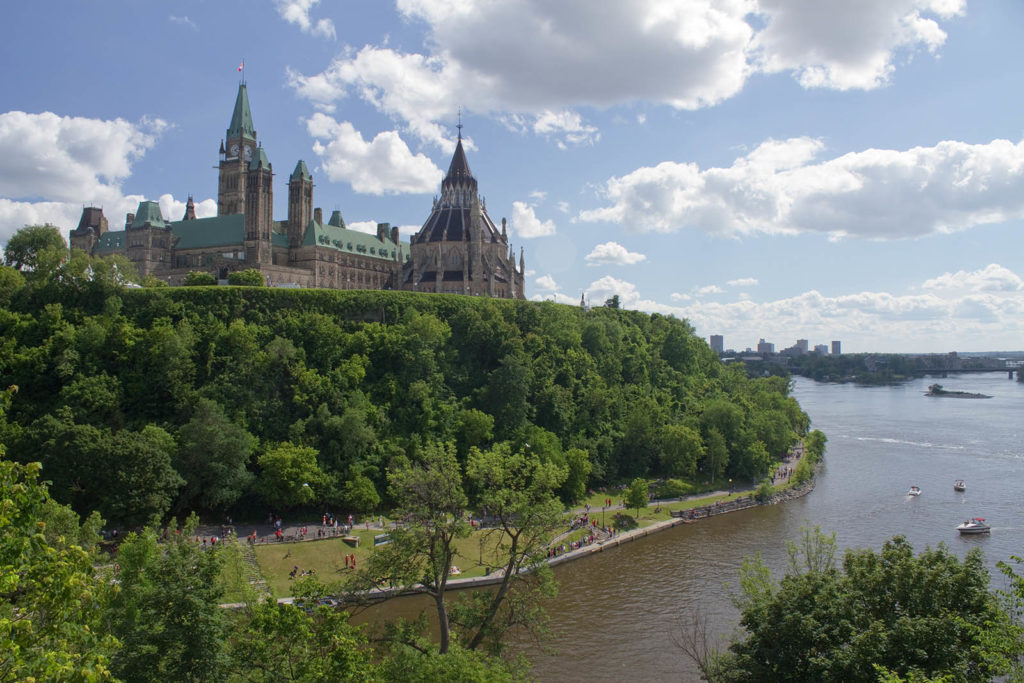