“Get Away from the Target: Rescuing Migrants from the Libyan Coast Guard” Screening and Discussion

As part of the Waterloo Region Migration Film Festival 2022 (#WRMigFest ), the International Migration Research Centre (IMRC), in collaboration with Immigration Partnership Waterloo Region, invite you to a screening of the Emmy-award winning documentary “Get Away from the Target: Rescuing Migrants from the Libyan Coast Guard”, by Ed Oud and Will Miller. The documentary is part of The Outlaw Ocean Project, a non-profit journalism organization founded and directed by Ian Urbina. This 30-minute film will be followed by a panel discussion.

“ ‘There is nothing more difficult than feeling lost and astray in the middle of nowhere.’ Those were the words of the captain of a Doctors Without Borders rescue ship on the Mediterranean last spring. The boat, with videographer Ed Ou of The Outlaw Ocean Project aboard, spent three weeks looking to save the lives of migrants crossing the sea from Africa to Europe, from misery to maybe the miracle of job, a bed, a meal. Finding the migrants wasn’t hard. Rescuing them before they were captured by the Libyan Coast Guard was deeply challenging. The Libyans had guns and faster boats, and, it turned out, a sense of mission that traced itself to the immigration policies of the European Union.

The EU has for years partnered with Libya to solve its migrant crisis by giving the Libyan Coast Guard the task of capturing the desperate before they reach European shores. Ou, with a blend of daring and grace, documented the daily contest—the threats from the Coast Guard, the urgency to get rafts and lifejackets to those stranded, the fear that colored every lost moment—for those whom the Coast Guard could catch first would be returned to the notorious gulag of migrant jails in Libya.”

– From the Outlaw Ocean Project

Dr. Michael Gordon is a Lecturer in the Department of Political Science at McMaster University and Co-Editor of Refuge: Canada’s Journal on Refugees. His research focuses on irregularized migration and border control efforts in Europe, particularly the role of civil society search and rescue NGOs operating in the Central Mediterranean Sea.

Dr. Maissaa Almustafa is a Postdoctoral Fellow at Glendon Political Science and a Research Fellow at the Dahdaleh Institute for Global Health Research at York University, Toronto and an Adjunct Professor at the Department of Political Science at Wilfrid Laurier University and the University of Waterloo and Vice Chair of Board of Directors Kitchener Downtown Community Health Centre/Sanctuary Refugee Health Centre (the Health Centre). Her research focuses on forced displacement, statelessness, refugees’ experiences, and the impact of refugees’ journeys on their lives and wellbeing.

Dr. Kira Williams is Coordinating Data Scientist at Haven: the Asylum Lab, Wilfrid Laurier University and a data scientist, policy analyst and statistician whose work has focused on Mapping the Relationship between Border Enforcement, externalization, migration by boat and deaths in the Central Mediterranean Sea. 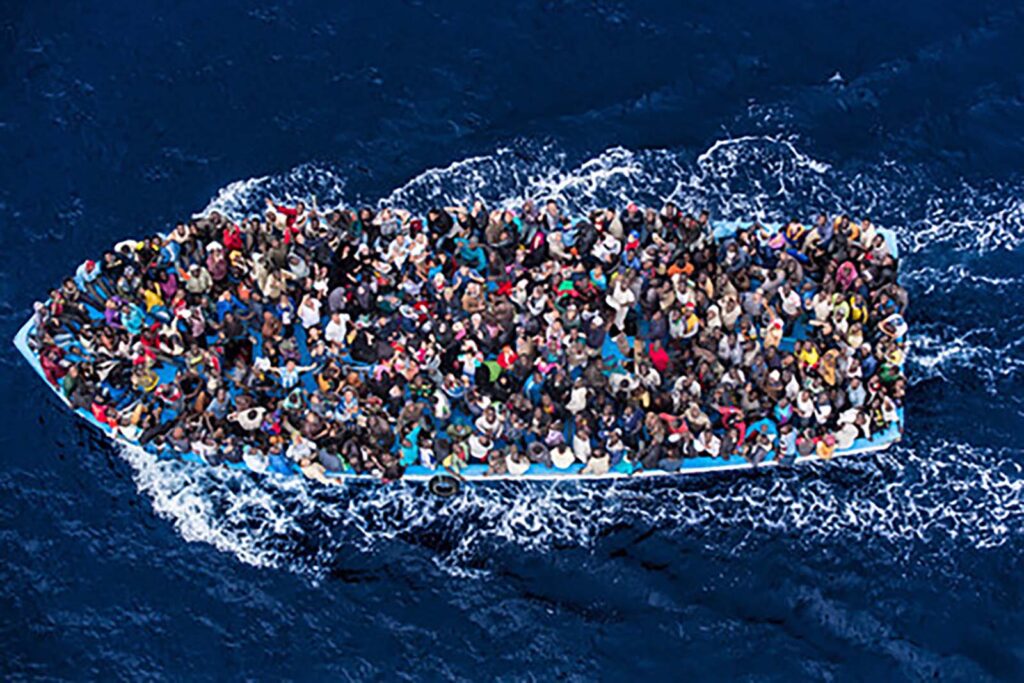