Global Insights: Brexit and the Future of Europe

Now that the United Kingdom has left the European Union is Europe at a crossroad? Is it still a major player on the world stage? Can it be? Was Brexit the beginning of a larger unravelling of the European integration project? Will the EU as a political and economic project survive the cracks in the union that the COVID-19 pandemic has exposed? Can it withstand the rise of right-wing political parties in a number of its member states who seek to follow the UK’s lead and reclaim control of their sovereign affairs. This week’s panel will assess the immediate and long-term significance of Brexit and what the departure might mean for the future of Europe.

Ece Özlem Atikcan is an Associate Professor at the University of Warwick and a Visiting Senior Research Fellow at the University College London. Her research combines a theoretical focus on issue framing, politicization of trade agreements, and diffusion with a regional focus on the European Union. She is leading an Open Research Area grant (ORA 2021-2014), studying emergence and global diffusion of frames, which involves both qualitative (interviews) and quantitative methods (discourse network analysis).

Jorg Broschek is Canada Research Chair (Tier 2) in Comparative Federalism and Multilevel Governance and Associate Professor of Political Science at Wilfrid Laurier University. He is a Fellow at the Balsillie School of International Affairs. His research focuses on comparative federalism and multilevel politics, the patterns and implications of change in federations and regionalized states and the role of municipalities and supra- or international organizations.

Michelle Egan is Professor in the School of International Service at American University and a Global Fellow at the Wilson Center. She has held number of fellowships and been a Council of Foreign Relations Fellow in Canada and spoke at Basillie, and is also a Warwick alum. She is currently working on two books, one on EU contestation and polarization, and one on trade and federalism in Canada. 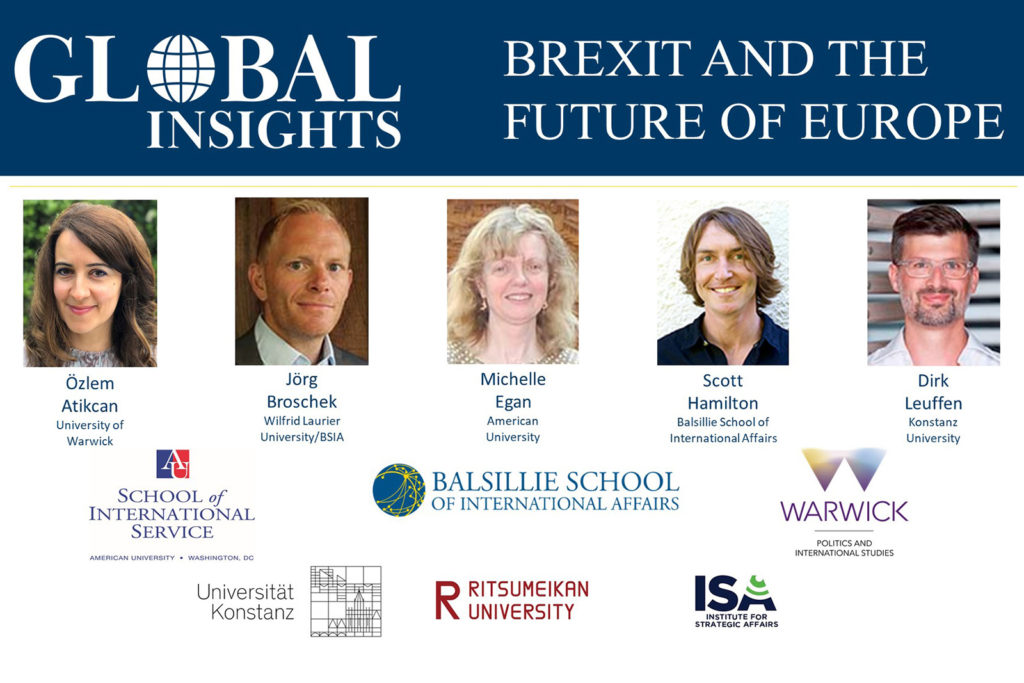