The most significant foreign policy accomplishment of the Obama administration was arguably the 2015 Joint Comprehensive Plan of Action (JCPOA), the agreement between the Republic of Iran, the Permanent 5 members of the UN Security, Germany, and the European Union to curb Iran’s nuclear enrichment program in exchange for relief on economic sanctions. From the get-go, the agreement was controversial, both in the United States and the broader Middle East. So much so, in fact, that President Trump withdrew the United States from the agreement in 2018 on the grounds that it did not do enough to contain Iran’s ballistic missiles program or its support for militant groups in the Middle East like Hezbollah, which in turn prompted Iran to resume its enrichment program. President Biden has stated that the United States will once again become a party to the agreement, but only if Iran first agrees to comply with its terms. This week’s panel will discuss whether the JCPOA can be salvaged and even improved upon, and what it might mean for both world peace and nuclear non-proliferation should any new talks break down. 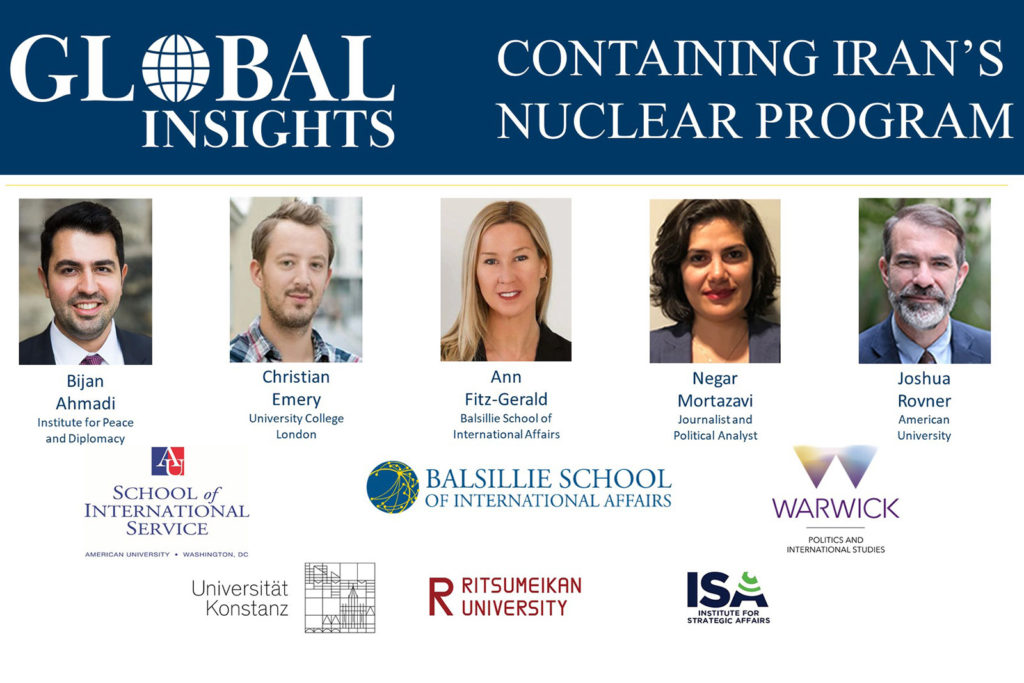