The COVID-19 pandemic has become the backdrop to mass protests around the world. Some of the protests – such as the Black Lives Matter protests or the pro-democracy movement in Hong Kong – have championed progressive and liberal causes such as greater social justice, an end to systemic racism, and the protection of democratic rights, and have by and large been peaceful. But others have been distinctly regressive and illiberal, led by those who are prepared to use violence to advance racist and nativist agenda, the storming of the US capitol building on January 6, 2021 being the most brazen example of these counter-forces to date. This week’s panel will compare and contrast recent protest movements in the United States and around the world, and assess what they might mean for the future of democracy.

Aaron Francis is s a PhD Candidate in the Global Governance program at the Balsillie School of International Affairs. Prior to joining the Balsillie School, Aaron spent several years directing political relations at the University of Waterloo as the stakeholder relations manager for the Waterloo Undergraduate Student Association. As a founder and curator, Aaron has exhibited works from his Vintage Black Canada initiative at the BAND Gallery Toronto, the Gladstone Hotel, and the Contact Photography Festival as well at the Centre for International Governance Innovation (CIGI). Most recently in June, Aaron co-organized and marshaled the KW Solidarity March for Black Lives that saw an estimated 30,000 attendees.

Agustina Giraudy is an Associate Professor of Political Science at American University (SIS). Her work addresses debates on subnational (and national) democratic and semi-authoritarian regimes, and subnational politics in the Americas. She has published numerous books and journal articles on these topics.

Mandeep Tiwana is the chief programmes officer at CIVICUS, the global civil society alliance. He specialises in legislation relating to the core civil society freedoms of expression, association and peaceful assembly. Since joining CIVICUS in 2008, Mandeep has engaged in efforts to advance civil society participation in decision making and to protect civil society freedoms globally. He has written extensively on the intersection between civil society, sustainable development and international relations in this capacity. 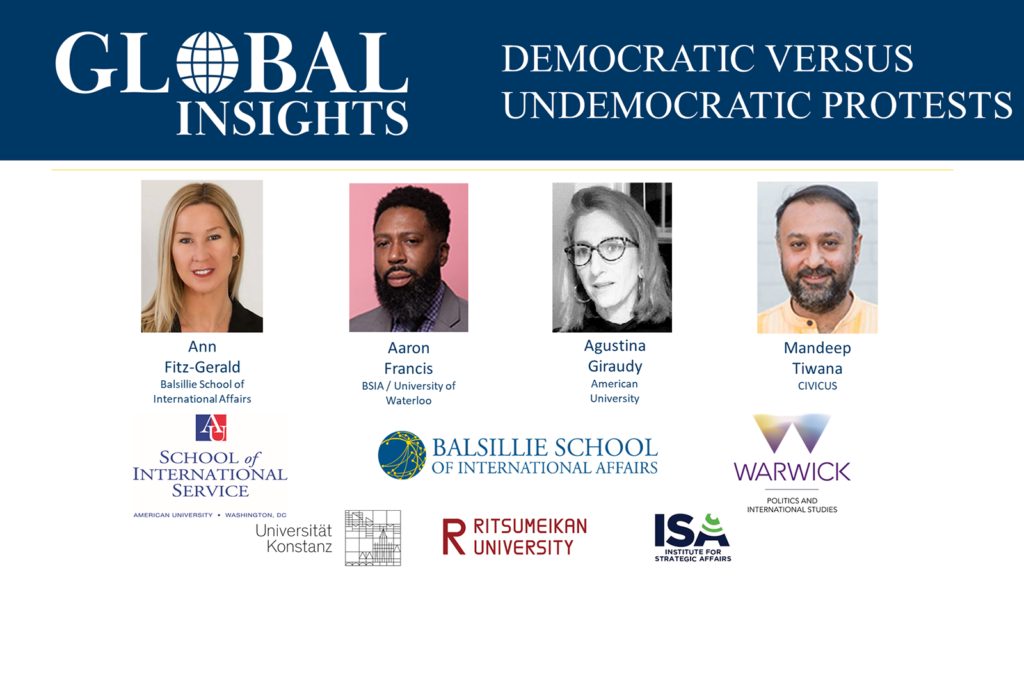