To receive an email reminder 15 minutes prior to the event, please register.

It is now beyond question that humanity’s unprecedented release of greenhouse gases such as Carbon Dioxide (CO2) – sparked primarily by the Industrial Revolution’s combustion of fossil fuels – is creating an anthropogenic transformation in Earth’s atmospheric and climatic systems. Despite clear evidence that humanity faces a rapidly shrinking window to mitigate the burning of fossil fuels to avoid the most catastrophic anticipated effects of global climatic and ecological change, most of the world has witnessed more political promises and posturing than substantive and widespread action. International efforts and agreements such as the UN Framework Convention on Climate Change (UNFCCC) and its celebrated 2015 ‘Paris Agreement’ have largely failed to make the behavioral and economic changes needed to stave off disaster. With the fate of our future hanging in the balance, emissions continue to rise. This Global Insights panel critically assesses the ongoing failure of climate change mitigation strategies, and debates what needs to be changed in order to mitigate our emissions going forth, and adapt to the future changes – and the catastrophic damages – that we have now committed ourselves, and our planet to, because of our political inaction. 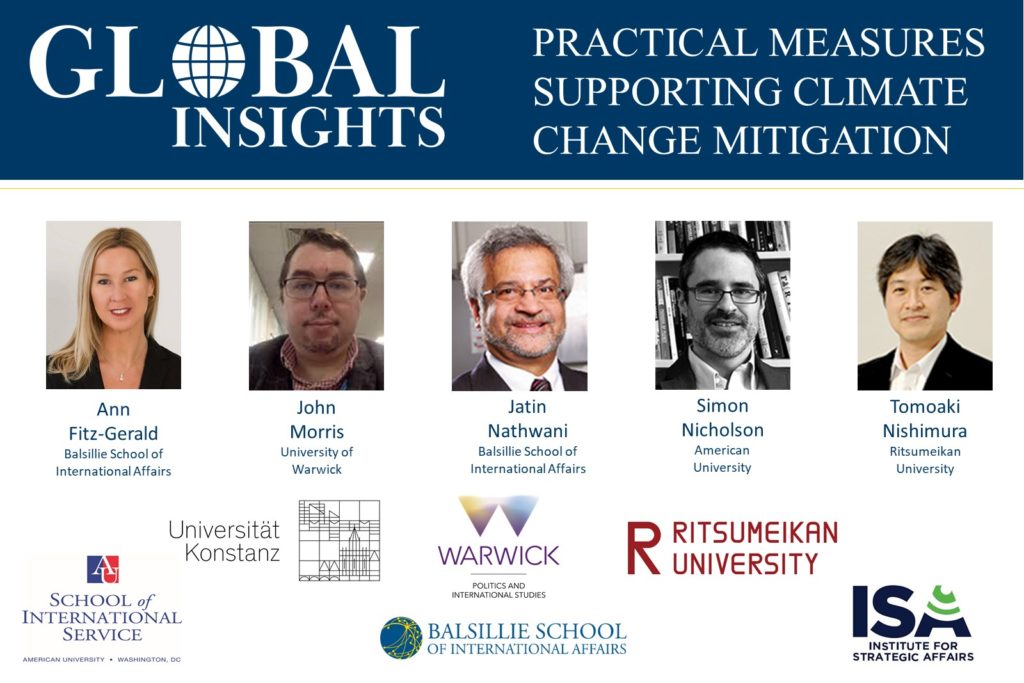