According to the UN refugee agency, there are currently 80 million people in the world who have had to flee their homes because of conflict or persecution, or the equivalent of 1 percent of the world population. The number of displaced has never been higher in history, and yet it doesn’t even include those who are stateless, Indigenous populations who were forced from their traditional territories as a result of colonization, or those who are facing no choice but to move because of climate change. This week’s panel will discuss the problem of forced displacement and what the international community is and is not doing to address it.

Bree Akeeson is an Associate Professor of Social Work, the Canada Research Chair (Tier II) in Global Adversity and Wellbeing, and the Associate Director of the Centre for Research on Security Practices at Wilfrid Laurier University. Her research ranges from micro-level understandings of the experiences of families impacted by war and displacement to macro-level studies on social service and mental health systems strengthening.

Jessica Di Salvatore, is Associate Professor in Political Science and Peace Studies at the University of Warwick. Her research focuses on UN peace missions and their impact on political and criminal violence. Warwick.

Jesse Ribot works on rights and vulnerabilities of resource-dependent populations in Sub-Saharan Africa. He teaches environmental political economy in the School of International Service at American University and is a visiting Guggenheim Fellow at the New York University Wagner School and the City University of New York Graduate Center Anthropology Program for 2018–19. 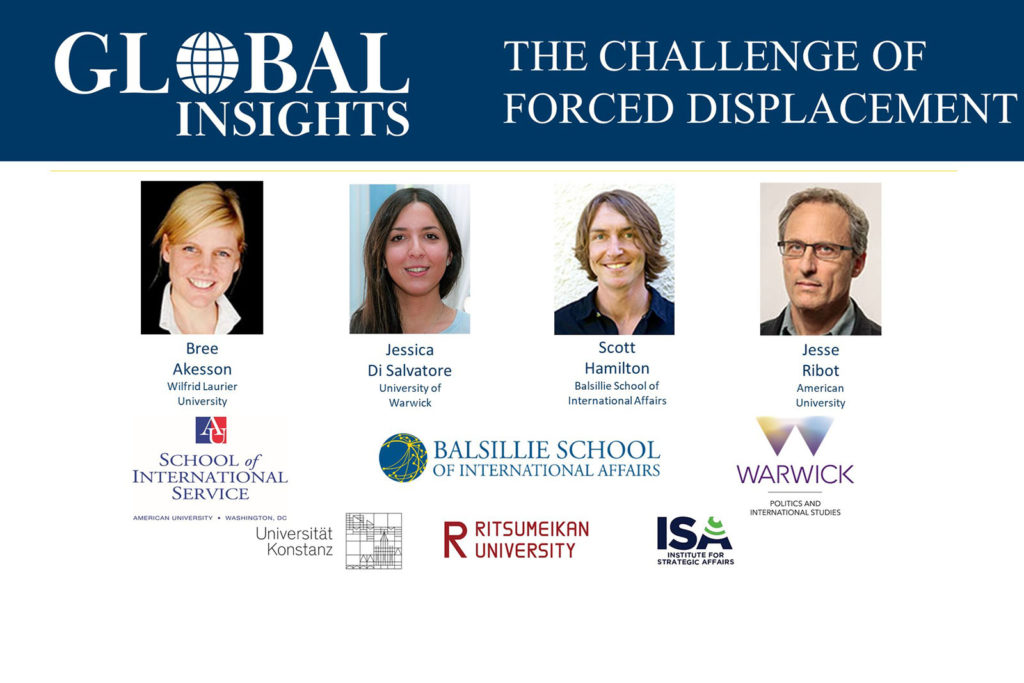