Global Insights: The Future of Work in a Post-COVID-19 World

Register to receive email reminders with the link.

As the engine of the global economy sputters in the wake of the COVID-19 pandemic, every nation-state faces drastic changes and challenges to their established systems of work, production, finance, and exchange. Fears of social unrest are emerging as employment levels in even the most advanced economies have dropped to levels not seen since the Great Depression of 1929. With no end to this crisis in sight, is the basic nature of our ‘work’ now changing? Are technological advances allowing robots to take our jobs? Is the ‘morning commute’ to an office building now a thing of the past, as homes become our ‘digital’ offices? How will struggling nations return millions of unemployed citizens back to work while servicing debt levels skyrocketing into the trillions? Faced with global economic precarity teetering on collapse, the decisions that states and private industries make today will decide what our new economic ‘normal’ becomes tomorrow. This Global Insights panel examines everything from technological and social transformations in everyday ‘work’, to geopolitical shifts and patterns in global political economy, asking: What is the Future of Work in a Post-COVID-19 World?’

Joël Blit is an associate professor of economics at the University of Waterloo and a Senior Fellow at the Centre for International Governance Innovation. Joel has studied, among other things, the impact of technological automation on the future of jobs. Joel has advised Canada’s Minister of Foreign Affairs on the IP chapter of the North American free trade negotiations, the G7 Sherpas (representatives) on AI and robotics automation, and Canadian Deputy Ministers on the future of work. Joël has also served on the Advisory Board of the Creative Destruction Lab, one of the pre-eminent Canadian accelerators for high-tech ventures.

Toshiko Tsujimoto joined the College of International Relations at Ritsumeikan University as Associate Professor in April 2020. Her research fields include Filipino labour migration to Asia, particularly South Korea, and Filipino overseas workers’ global mobility, such as onward migration to Canada. Her research interest involves the relationships between migrants and their families left behind and the socio-reproductive concerns of Filipino migrant workers.

During his 40 years as a US diplomat, Earl Anthony Wayne served as a senior policy maker in Washington and overseas as Ambassador, last in Mexico. Since 2016, he has written and spoken on a wide range of issues including Mexico, North America, Trade and Workforce Development. He teaches at American University’s School of International Service and serves as the co-chair of the Advisory Board of the Mexico Institute and oversees a project on implementation of USMCA at the Wilson Center. 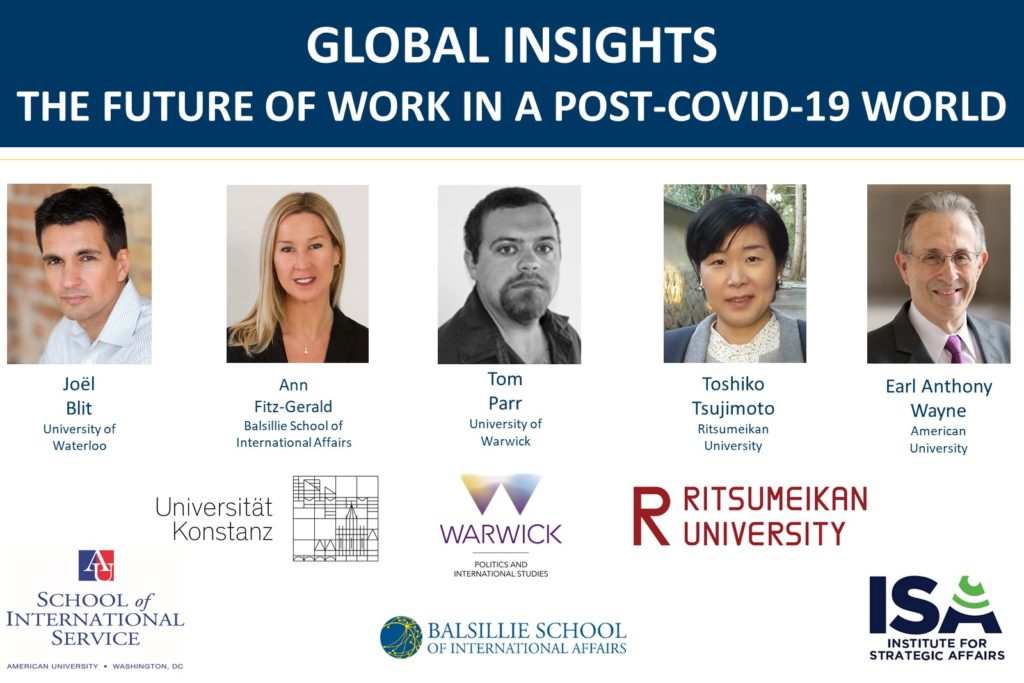