Global Insights: “Withdrawal From Afghanistan and the Future of Western Interventionism”

From Soviet and American invasions, to the terrorist attacks of 9/11, to debates over the export of liberal democracy and economics abroad, Afghanistan has played a pivotal role in shaping theories and practices of state-building and international order. With the recent US withdrawal from the troubled state, we must beg the question once more: what does the future hold for Afghanistan, its role in the world, and the fate of Western interventionism?

Henok Getachew is currently working as a researcher at the Institute of Strategic Affairs which is a semi-autonomous think tank in Addis Ababa, Ethiopia. He previously served as Assistant Professor of International Relations at Ethiopian Civil Service University’s School of Diplomacy and International Relations. He also served as a Conflict Analysis Specialist for the Danish Refugee Council. His research is focused on regional security governance, social cohesion, peace building, development, foreign policy and diplomacy.

Seyed Ali Hosseini is a PhD candidate at the BSIA and a former Human Rights Officer with the UN mission in Afghanistan. His research centers around peace, development, and culture.

Trevor McCrisken is Associate Professor, US Politics and International Studies at the University of Warwick where he researches United States foreign policy and US politics and culture.

During his 40 years as a US diplomat, Earl Anthony Wayne served as a senior policy maker in Washington and overseas as Ambassador, last in Mexico. Since 2016, he has written and spoken on a wide range of issues including Mexico, North America, Trade and Workforce Development. He teaches at American University’s School of International Service and serves as the co-chair of the Advisory Board of the Mexico Institute and oversees a project on implementation of USMCA at the Wilson Center. 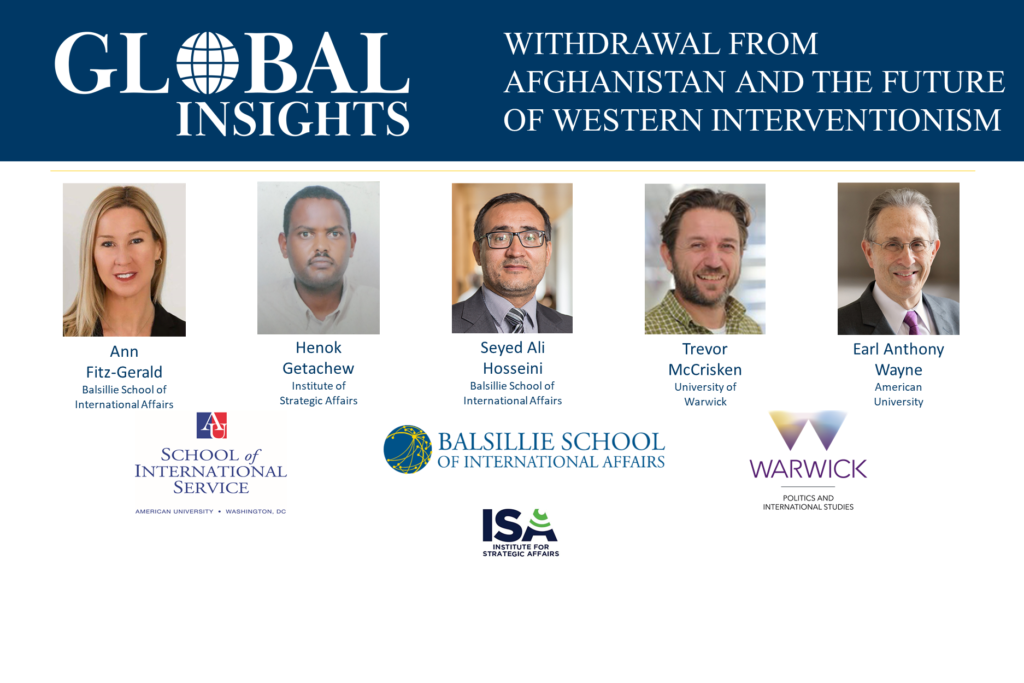