Join us at the Summit – registration required

University of Waterloo’s Global Engagement Seminar Program is pleased to invite you to the Global Populism and Democratic Futures Summit on March 28 & March 29.

The aim of the Summit is to showcase projects developed by the Global Engagement Seminar Program’s students, as well as to engage the broader community in important conversations about the global rise of populist movements.

The Global Engagement Program brings together a select group of students from across the six university faculties in order to engage with pressing global challenges. The program Director, Dr. Jasmin Habib, and this year’s Jarislowky Fellow, Dr. Henry Giroux, are encouraging students to think critically about the global challenges posed by populism and the implications for different communities’ futures.

Along with keynote presentations by Henry Giroux, Kurt Huebner, Ann Komaromi and possibly others, the Global Engagement Seminar students will showcase their exhibits and deliver presentations on such topics as Social Media and Civic Engagement, the rise of and response to Anti-Science Movements, Cultural Belonging in the Wake of Populism, and Mainstreaming and Populist Feminisms.

These projects aim to contribute towards the development of meaningful responses and solutions to these timely global issues.

Wednesday, March 28th, 7:00 – 8:45 PM – CIGI Auditorium
“Framing” Social Media featuring Dr. Ann Komaromi
The techno-optimism that coloured early evaluations of social media’s potential has turned to techno-pessimism for many, as social media is blamed for the victory of Donald Trump in the 2016 U.S. Presidential election. In this talk, Komaromi considers some of the evidence for framing social media as a culprit for this debacle of democracy. She also draws on her research of Soviet dissident networks to suggest that we need to think more about the frameworks of culture and policy/regulation within which social media operate.

Cultural and Socio-Economic Factors of Populism in Europe featuring Dr. Kurt Huebner
Populism is not populism. The variety of populism is large. Still, as a set of ideas and as a discursive style, populism usually comes with a ‘us’ vs. ’them’ – approach, where the populist actor condemns the elite in the name of the ‘silent majority, i.e. the ‘true people’. Populism draws on cultural resources and at the same time addresses economic-social problems. Mostly, populist movements want to return the power of the nation-state by simultaneously re-defining the ‘chosen people’. The talk will look into a sample of populist movements and parties across Europe, making the argument that the retreat to the nation-state has the potential to undermine the project of European integration.

Thursday, March 29th, 11:30 AM – 1:00 PM – room A1-20
The Challenge of Higher Education in a Time of Tyranny featuring Dr. Henry Giroux
Under President Trump, the plague of mid-20th century authoritarianism has returned in the guise of an apocalyptic populism and one of its targets are those institutions that extend from higher education to the critical media. Trump has labeled these institutions as enemies of the American people primarily because they take seriously the notion that critical thinking, among other things, should be a way of thinking about education in the broader sense of connecting equity to excellence, learning to ethics, and agency to the imperatives of social responsibility and the public good. This talk will focus on the threat that the Trump presidency poses to both higher education and democracy itself. In addition to taking up these issues, the talk will point to several recommendations that provide an alternative to some of the oppressive conditions now shaping institutions of higher learning, particularly in the United States.

Between 1:30pm and 6pm, the Global Engagement Seminar students will showcase their exhibits: The Effects of Populism on Science and the Effects of the Anti-Science Movements, M(Other)Land: Cultural Belonging in the Wake of Populism, and You Don’t Know what Your Social Media is Doing to Your Democracy.

Between 3:30pm and 5pm, a panel discussion on the topic #Feminism: When a Movement Goes Mainstream will be held. Antonio Brieva, the President of the Feds, and a representative from the UW Equity Committee will join the discussion on university policies and practices to advance gender equality on- and off-campus.
If you cannot join us through the day, you will be able to learn about the students’ ideas between 6pm and 7:30pm on March 29 when all students will deliver formal presentations about their projects.

Please reserve your free tickets for the Summit at https://global-engagement-summit-day-two.eventbrite.co.uk 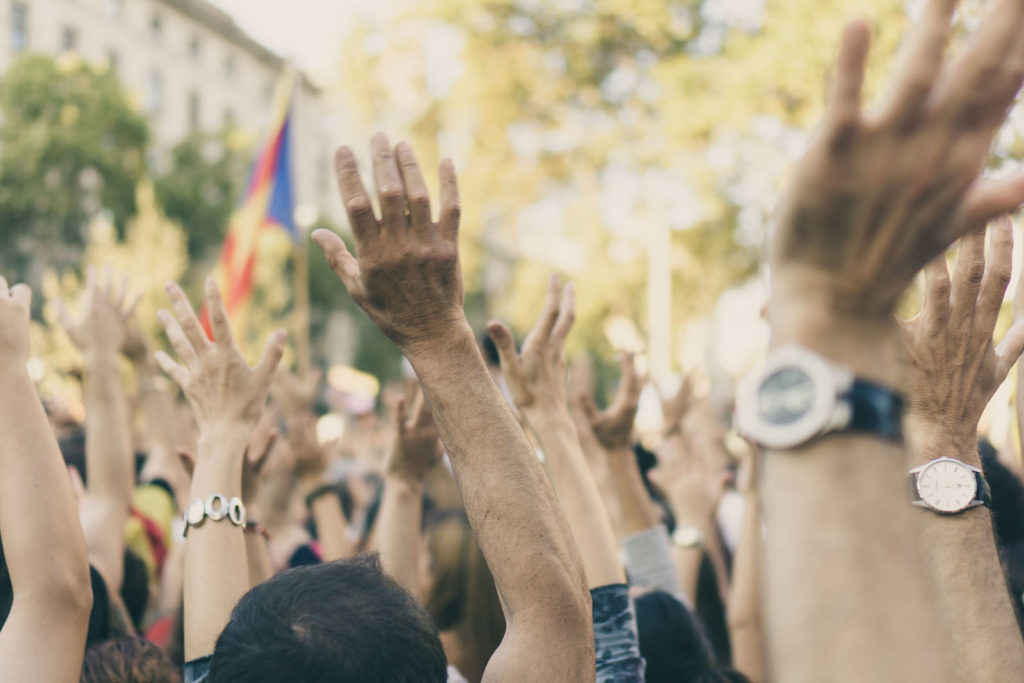