China has become deeply integrated into the world economy. Yet, gradual marketization has facilitated the country’s rise without leading to its wholesale assimilation to global neoliberalism. Dr. Weber’s book uncovers the fierce contest about economic reforms that shaped China’s path. In the first post-Mao decade, China’s reformers were sharply divided. They agreed that China had to reform its economic system and move toward more marketization – but struggled over how to go about it. Should China destroy the core of the socialist system through shock therapy, or should it use the institutions of the planned economy as market creators?

With hindsight, the historical record proves the high stakes behind the question: China embarked on an economic expansion commonly described as unprecedented in scope and pace, whereas Russia’s economy collapsed under shock therapy. Based on extensive research, including interviews with key Chinese and international participants and World Bank officials as well as insights gleaned from unpublished documents, the book charts the debate that ultimately enabled China to follow a path to gradual reindustrialization. Beyond shedding light on the crossroads of the 1980s, it reveals the intellectual foundations of state-market relations in reform-era China through a longue duree lens. Overall, the book delivers an original perspective on China’s economic model and its continuing contestations from within and from without.

Isabella M. Weber is a political economist working on monetary theory, China, global trade and the history of economic thought. She is an Assistant Professor of Economics and the Research Leader for China of the Asian Political Economy Program at the Political Economy Research Institute at the University of Massachusetts Amherst.

Her first book How China Escaped Shock Therapy: The Market Reform Debate is the winner of the Joan Robinson Prize 2021 and the International Studies Association Best Interdisciplinary Book Award and has been recommended on best book of 2021 lists by the Financial Times, Foreign Policy, Project Syndicate, ProMarket and Folha de S.Paulo among others. For her work on the rise of economics in China’s recent history she has won the International Convention of Asia Scholars’ Ground-breaking Subject Matter Accolade and the Warren Samuels Prize for Interdisciplinary Research in History of Economic Thought and Methodology. Previously she was a Lecturer at Goldsmiths, University of London, and has been the principal investigator of the ESRC-funded Rebuilding Macroeconomics project What Drives Specialization? A Century of Global Export Patterns. Isabella holds a Ph.D. in Economics from the New School for Social Research, New York, and a Ph.D. in Development Studies from the University of Cambridge and was a visiting researcher at Tsinghua University. German born, she studied at the Free University of Berlin and Peking University for her B.A. 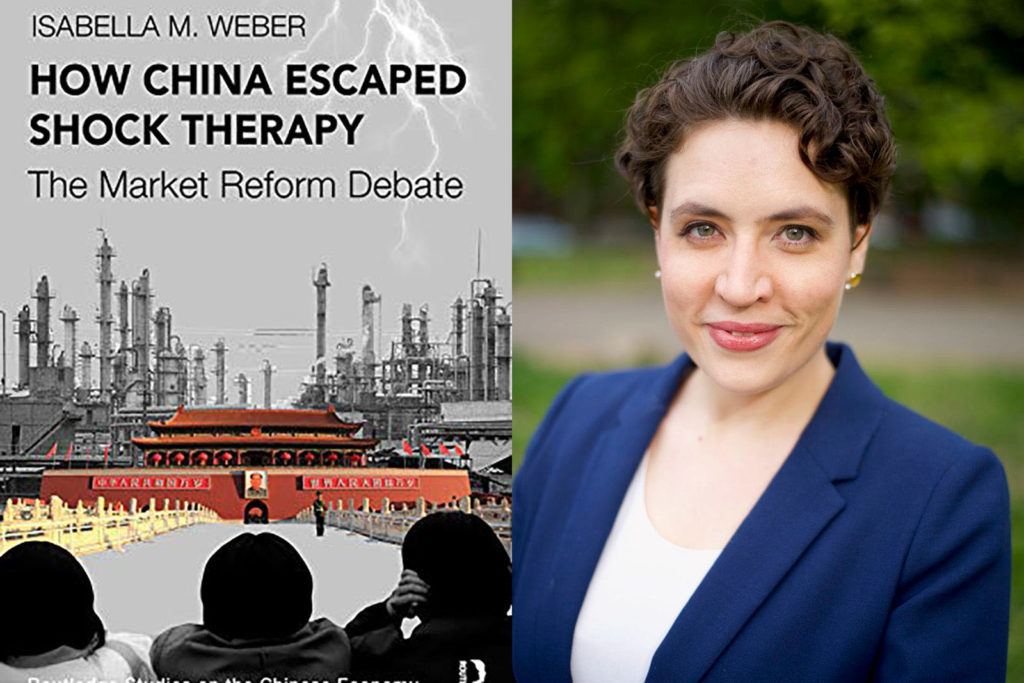