How Progressive is Canada’s “Progressive Trade Agenda”? A Gendered Analysis

The Canadian federal government of Justin Trudeau has espoused a “progressive trade agenda” in its pursuit of international free trade agreements (FTAs). In particular, it has committed itself to integrating gender chapters into new FTAs, as well as commitments to consultation and incorporation of provisions regarding labour, the environment, and Indigenous rights. Many researchers, activists and members of civil society have challenged the progressiveness of the approach, arguing that this claim is simply window dressing and “pinkwashing” for what continue to be pro-corporate trade deals. This presentation evaluates the claims of the current government around the promotion of the PTA with specific attention to the recent re-negotiation of NAFTA. Drawing upon Nancy Fraser’s concept of “progressive neoliberalism,” Dr. Macdonald argues that “progressiveness” is a key element in how the Liberal government seeks to brand their approach to trade policy and distinguish it from the policies of their Conservative predecessors. Laura also presents perspectives from civil society actors about what a more truly progressive approach would look like.

Laura Macdonald is a Professor in the Department of Political Science and the Institute of Political Economy at Carleton University. She has published numerous articles in journals and edited collections on such issues as the role of non-governmental organizations in development, global civil society, social policies and citizenship struggles in Latin America, Canadian development assistance, Canada-Latin American relations and the political impact of the North American Free Trade Agreement (NAFTA). Her recent work looks at transnational activism in North America around labour rights, migration, and human rights in Mexico, and policies to reduce crime and violence in Mexico City. 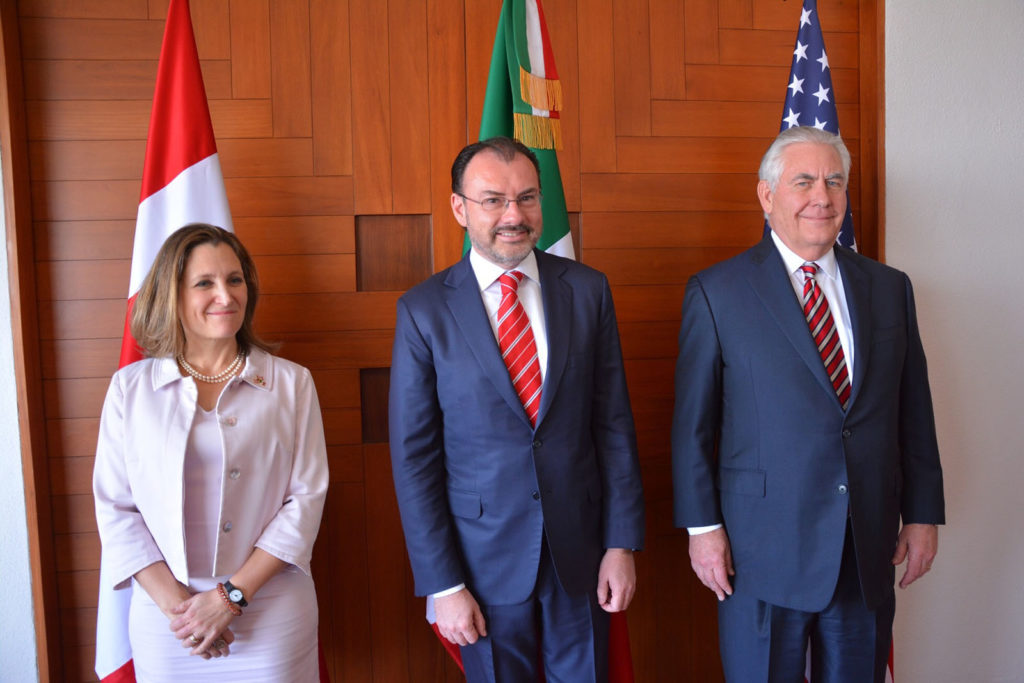 Photo credit: US Department of State