Indigenous Peoples, Canada and the Declaration

Romeo Saganash MP will give a talk on the implementation of the United Nations Declaration on the Rights of Indigenous Peoples (UNDRIP) in Canada.

Romeo Saganash was the first Aboriginal MP elected in Quebec; he represents Abitibi–Baie-James–Nunavik–Eeyou. Romeo has served as NDP critic for Energy and Natural Resources, International Development, and as deputy critic for Intergovernmental Aboriginal Affairs.

Romeo Saganash is a member of the house of commons. He has advanced the private members bill C-262 “An act to ensure that the laws of Canada are in harmony with the United Nations Declaration on the Rights of Indigenous Peoples (UNDRIP).

At the age of 23, Saganash founded the Cree National Youth Council. In 1989, he became the first Cree graduate to obtain a Bachelor of Law in Quebec. Between 1990 and 1993, he was Deputy Grand Chief of the Grand Council of the Crees and then Vice-Chairman of the Cree Regional Authority.

Beginning in 1993, he was Director of Quebec Relations and International Affairs for the Grand Council of the Crees. In 1997, he chaired the James Bay Advisory Committee on the Environment. In 2003, he received an award of recognition from UQAM for his role in the negotiations that led to the signing of the Paix des Braves on February 7, 2002, between the Quebec government and the Grand Council of the Crees.

This public talk will be followed by a legal panel consisting of Paul Joffe, Jose Aylwin, and Dr. Peggy Smith. The event will be moderated by Darren Thomas. 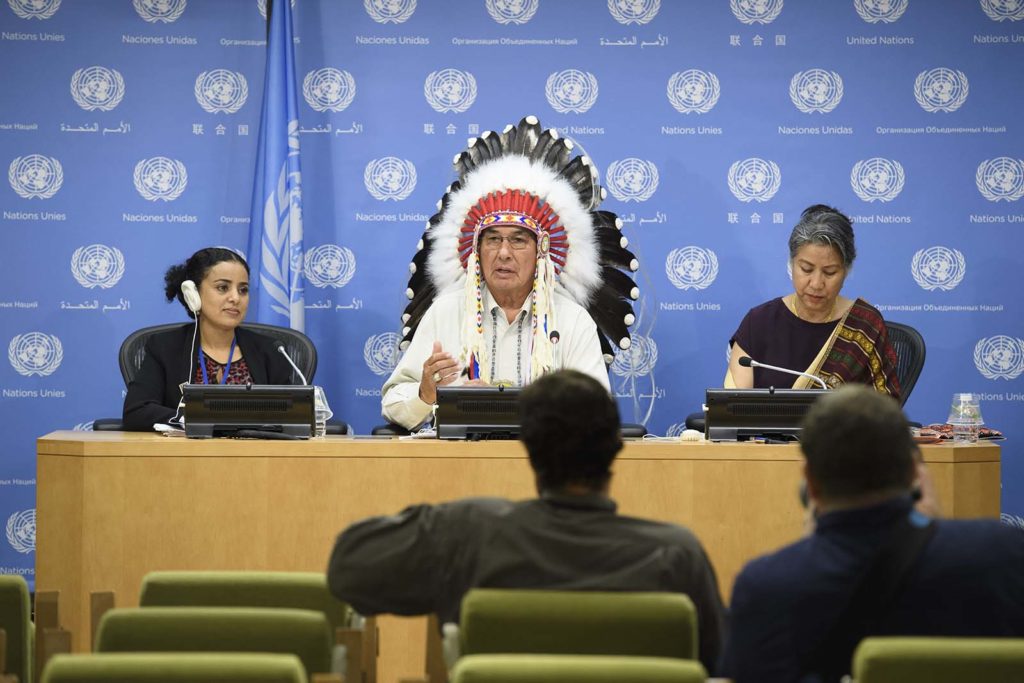