The peace agreement achieved by the Colombian government and the FARC guerrilla in November 2016 is a result of a five-year domestic political process, but also a product of broader global norms and governance mechanisms guiding peace making and transitional justice of civil war settlements in the 21st century. After a year of its implementation, serious challenges threat the agreement’s sustainability. Nonetheless, as the world grapples with intractable conflicts in various regions, the Colombian peace agreement remains a relevant subject for global governance students, as it provides lessons on how substantial agreements may be reached amidst a complex legal, security and political context, both nationally and globally. Andrés García Trujillo presents an analysis of the origins, evolution and challenges of the Colombian process based on his knowledge and first-hand experience of the peace talks as a government advisor, as well as his doctoral dissertation in progress.

Andrés García Trujillo is a PhD candidate at the Balsillie School of International Affairs. He worked for five years at the Office of the High Commissioner for Peace of Colombia, during which time he was involved in the peace talks between the Colombian Government and the FARC in Havana, Cuba on the issues of rural development, gender and reincorporation, as well as the implementation of the agreement. Previously, he was advisor to the Ministry of Agriculture and Rural Development, and an independent researcher and consultant on development and public policy issues. Andrés holds BAs in International Development Studies and International Political Economy from Trent University, Canada, a Master’s in Social Policy from the Pontificia Universidad Javeriana in Colombia. 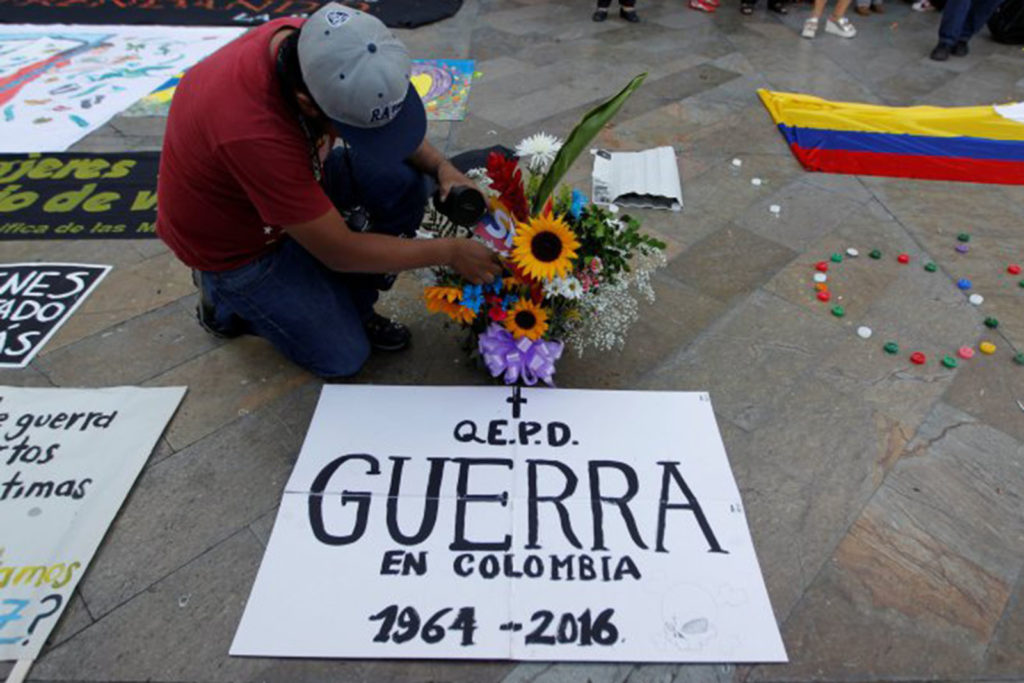