Lessons From the Bombing of Dresden: A 75 Year Retrospective

The bombing of Dresden by British and American Air Forces on February 13-15, 1945 remains a highly controversial military operation 75 years after the last bombs fell. Dr. Stephen Evans uses Archival documents as well as a review of German and English literature on the Dresden attacks to i) characterise the urban morphology of Dresden (which at the time was Germany’s seventh largest city), ii) assess the architectural vulnerability of the City of Dresden to incendiary attack, iii) quantify the nature of the aerial attacks, iv) summarise the geography of urban destruction v) explore the physics of the fires that consumed much of the city, and vi) examine data on civilian life loss in the bombing (including that presented by the 2010 Dresden Historical Commission). To conclude the presentation, Dr. Evans will outline implications for modern warfare including arguments of proportionality, the vulnerability of civilians in urban environments in time of war, and amplification of weapon effects in the aerial bombardment of urban areas.

Dr. Stephen G. Evans is interested in the occurrence and behavior of catastrophic landslides, landslide dams, glacial hazards, tsunami and other natural disasters, hazard assessment (including magnitude and frequency) and risk analysis. In his investigation of the 2011 Japan tsunami, he became interested in the architecture and behavior of urban damage systems in conflict and catastrophe. His research utilises the application of geospatial modelling, advanced remote sensing techniques and the use of Geographical Information Systems. Recent research has included an analysis of the largest non-volcanic landslide on Earth at Seymareh (Zagros Mountains, Iran), the 1962 and 1970 mass flows from Nevados Huascaran (Andes of Peru), the formation, filling, and subsequent partial draining of Lake Gojal (a rockslide-dammed lake in northern Pakistan), and the field behaviour of tailings flows. Most recently, in SSHRC-funded research, he has investigated the linkages between urban damage and civilian life loss in World War 2 aerial bombardments with a focus on the attacks on German cities. 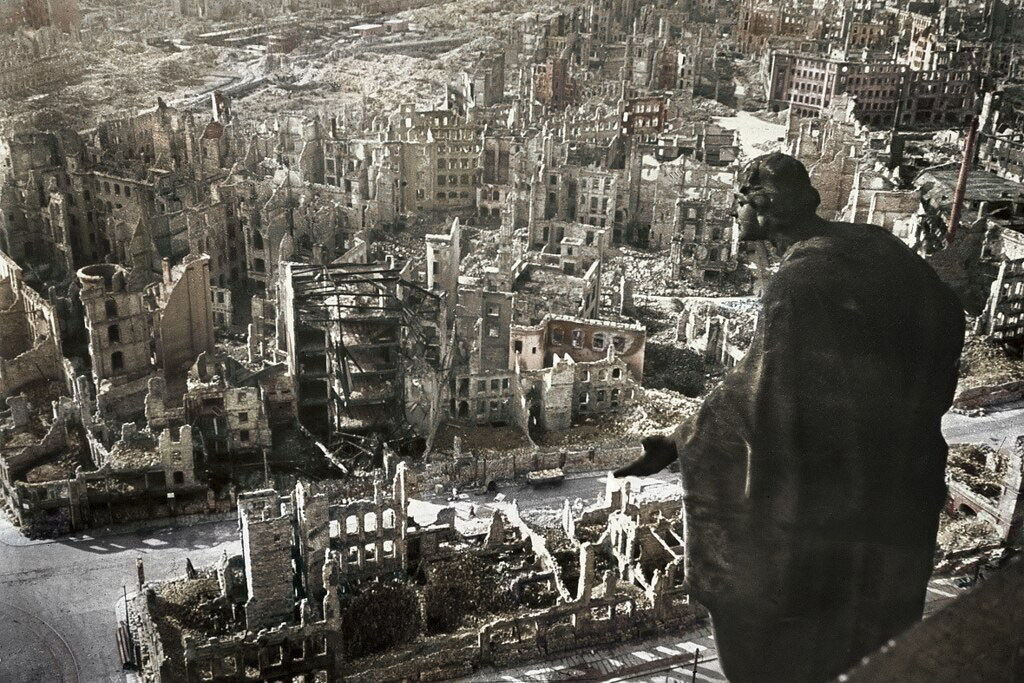