Large-scale Central American migration to the United States is not new or unique. The Northern Triangle region of El Salvador, Guatemala, and Honduras continues to suffer from poor political and socioeconomic conditions, including some of the world’s highest homicide rates and widespread gang violence, which drive ongoing migration toward the north. Men, women and children enter Mexico through its southern border with Guatemala and attempt to make the dangerous journey north to the United States. What is new about this phenomenon, however, is that Mexico is no longer a transit country for Central American migrants, but rather a receiving country where these people must exist in a state of precarious limbo. Deterred from crossing the northern border by the anti-immigration legislation of the current presidential administration in the United States and unwilling or unable to return to where they came from, many migrants are now staying in Mexico. This presentation will focus on the estimated thousands of Central American migrants who stay in Mexico and do not reach the coveted “north”. Informed by an anti-oppressive theoretical framework and the first-person narratives of migrants residing temporarily in shelters in central Mexico, the presentation will explore how Central American migrants from the Northern Triangle negotiate through the new environment in Mexico, including economic survival, violations of basic human rights, and the bureaucratic hurdles of making asylum claims. The presentation will be based on qualitative interview data collected by Laurier undergraduate students who participated in my HR361 Migration and Human Rights Field Course in 2017.

Stacey Wilson-Forsberg is an Associate Professor in the Human Rights & Human Diversity program at Wilfrid Laurier University’s Brantford campus. Stacey’s research broadly focuses on Immigration and multiculturalism. She is especially interested in the experiences of immigrant youth in schools and smaller communities, migrants with precarious immigration status in Canada, the United States, and Mexico, and the development of intercultural competence in university students. Her ongoing research includes a SSHRC-funded study of the challenges and opportunities faced by male African immigrant youth when attempting to access the support they need to make informed decisions about post-secondary education in Ontario, and qualitative student-led interviews with Central American migrants transiting through Mexico. Recent publications include a textbook published by Oxford University Press edited with Laurier colleague Andrew M. Robinson called Immigrant Youth in Canada: Theoretical Approaches, Practical Issues, and Professional Perspectives. Along with human rights courses, Stacey teaches HR365 Immigrant Youth in Canada, HR261 Multiculturalism, and HR328 the United Nations in the 21st Century. Prior to joining Laurier University, Stacey worked for several years in the government and non-governmental sectors in a number of areas, including: Canada’s foreign policy toward Latin America and the Caribbean, North American integration, the inclusion of non-governmental actors in multilateral organizations and summits, social policy and poverty eradication, and more recently, foreign qualification recognition. 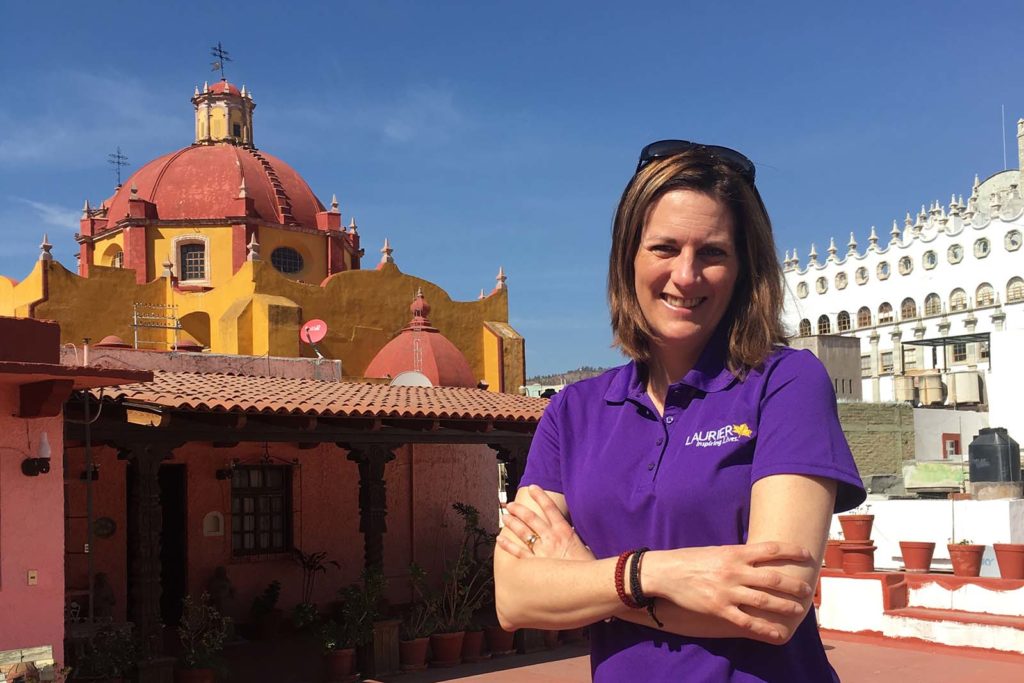