The Structure of the Civilian Casualty Response to Aerial Bombardment

The link to attend virtually will be emailed on the day of the event.

The German aerial bombardment of the United Kingdom (May 1940 to March 1945) resulted in massive urban damage in the targeted towns and cities and substantial civilian casualties (fatal and severely injured) including 60,595 fatalities. In the 69-month bombardment German forces utilised aerial bombing (1940-1944), V1 cruise and V2 ballistic missiles (1944-1945), and in a spatially limited area of England’s south-east coast, long-range heavy artillery (1940-1944) in weaponry that was dominated by wide-area high explosives (HE). Data extracted from documents in the UK National Archives (Kew) show that HE impacts resulted in civilian death largely as a result of building (mainly dwelling houses) damage and destruction caused by surface blast effects. At the national (United Kingdom) scale fatal casualties consisted of  26,923 men (44% of total), 25,399 women (42% of total) and 7,736 children (13% of total). Women and children together as a group suffered 33,135 fatalities (55%) of the total whilst making up 64% of the exposed population. In comparison to the demographic structure of the population at risk (obtained from the 1939 National Register and annual reports of the Registrar General) men were over-represented in the fatality total, women were approximately proportionately represented and children were under-represented. As the bombardment developed the proportion of men in the fatality total declined at the expense of women whilst that of children remained more-or-less the same. During the missile phase, women were particularly exposed to daytime missile impacts on busy streets, shops, and markets making up 49% of the civilian fatalities. The under-representation of children in the total fatalities represents the success of passive defence measures (shelter and evacuation) introduced to protect this vulnerable group. High-resolution data for the geographic entity of England & Wales showed similar results but also illustrated the hyper-vulnerability of the aged (>65 years of age) to the explosive impact of weapons in urban areas. London was the primary target of the bombardment; this is shown by the fact that 49% (29,890) of the fatal casualties in the entire bombardment took place in the London Civil Defence Region (LCDR) whilst 31% (18,688) of the total fatalities occurred in the County of London in an area of only 303 km2 forming the core of the LCDR dartboard. The most intense phases of the bombardment were the Blitz (aerial bombing from September 1940 to May 1941) and the missile attack of June 1944 to March 1945. 50,250 civilians lost their lives (83% of the total in the bombardment) in these two phases of the attack. We conclude that 1) that passive defence measures (shelter and evacuation) were highly effective in reducing fatal casualties in children in the population at risk, 2) despite this success, women and children together as a group bore the brunt of the bombardment suffering 55% of the total fatalities, and 3) the mortality pattern in British civilians is consistent with the view that the German attack involved indiscriminate use of HE weapons that resulted in battlefield-scale civilian casualties in urban areas targeted in the bombardment. Fatal civilian casualties resulting from the bombardment made up 17% of the United Kingdom’s total loss of life (military and civilian) in WW2.

Dr. Stephen G. Evans is Professor, Conflict and Catastrophe Systems in the Department of Earth & Environmental Sciences at the University of Waterloo and a Fellow at the Balsillie School of International Affairs. Dr. Evans is interested in the occurrence and behavior of catastrophic landslides, landslide dams, glacial hazards, tsunami and other natural disasters, hazard assessment (including magnitude and frequency) and risk analysis. Recently, in his investigation of the 2011 Japan tsunami, he became interested in the architecture and behavior of urban damage systems. His research utilises the application of geospatial modelling, advanced remote sensing techniques and the use of Geographical Information Systems.

The Structure of the Civilian Casualty Response to Aerial Bombardment

This event will take place in room 123 and virtually on the Zoom platform. You must register to receive the link on the day of the event. A light lunch will be served to in person attendees. Please contact events@balsillieschool.ca if you can no longer attend. 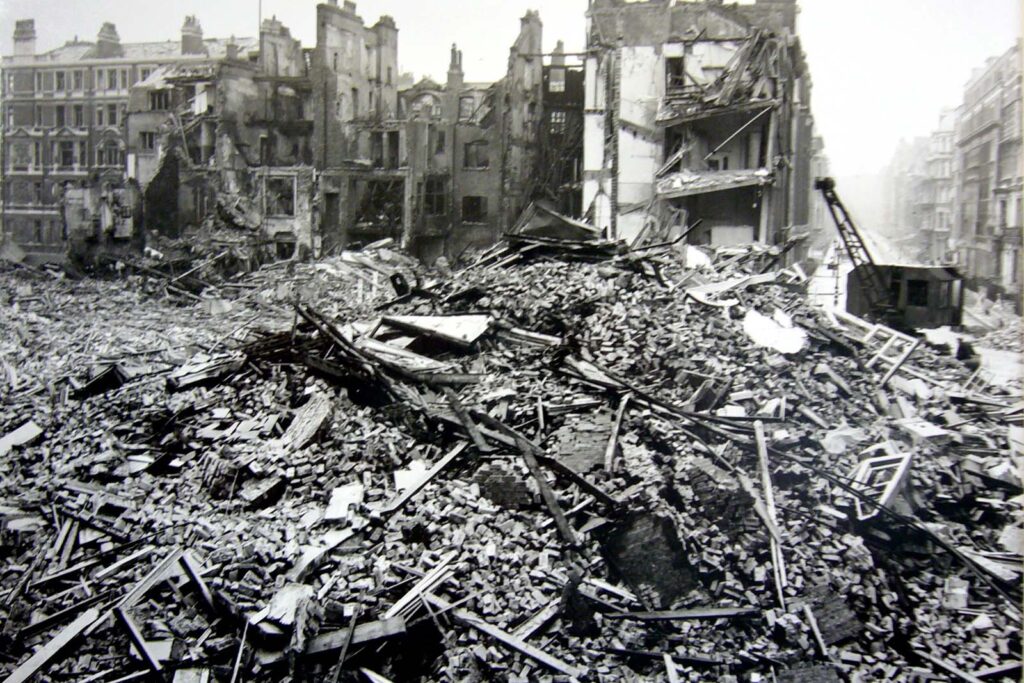