Who Do You Think You Are, and Who Gets to Decide? Are you Black, Indigenous, or Afro-Métis?

Perhaps like most Afro-Metis or Black-and-Indigenous people, George Elliott Clarke never questioned his Indigenous heritage. He always knew about it, had it verified by a genealogical check, and never thought about it as a means to dodge taxes or demand “rights.” So, he was very surprised when Indigenous people and others called him a “tribal wanna-be” and thought that he was laying claim to an identity that could not be his. That’s when he started to do some digging into the official definition of who can or cannot be “Metis” and discovered that it is extremely problematic–in terms of territoriality, trading history, and, especially, “race”; that it is a bureaucratic definition based on Eurocentrism, sexism, and ahistoricism; and is, in fact, impossible to police. Clarke recognizes the existence of a central, Prairies-based, Metis Nation in Canada. But he also holds that there is more than one, and the others–Eastern, Acadian, “Afro,” etc.– need not look or sound like the one “Nation” endorsed by the Federal Government. Join us for a conversation with George and the distinguished Afro-Canadian historian Wendell Adjetey as we explore the complexities of the question, “Who do you think you are, and who gets to decide?” 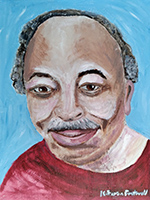 The 4th Poet Laureate of Toronto (2012-15) and the 7th Parliamentary/Canadian Poet Laureate (2016-17), George Elliott Clarke was born in Windsor, Nova Scotia, in 1960.  A professor of English at the University of Toronto, Clarke has also taught at Duke, McGill, UBC, and Harvard. His recognitions include the Rockefeller Foundation Bellagio Centre Fellowship (US), the Pierre Elliott Trudeau Fellows Prize, the Governor-General’s Award for Poetry, the National Magazine Gold Award for Poetry, the Premiul Poesis (Romania), the Eric Hoffer Book Award for Poetry (US), and International Fellow Poet of the Year, Encyclopedic Poetry School [2019] (China).  His acclaimed titles include Whylah Falls (1990, translated into Chinese), Beatrice Chancy (1999, translated into Italian), Execution Poems (2001), Blues and Bliss (selected poems, 2009), I & I (2008), Illicit Sonnets (U.K., 2013), Traverse (2015), and Canticles II (MMXX) (2020). 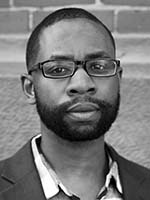 Wendell Nii Laryea Adjetey (Nii Laryea Osabu I, Oblantai Mantsè, Atrékor Wé) is William Dawson Chair, assistant professor, and specialist in post-Reconstruction U.S. history and the history of the African Diaspora in North America and the Atlantic World at McGill University. He is the author of Cross-Border Cosmopolitans: The Making of a Pan-African North America (UNC Press). Dr. Adjetey is working on two new book projects. One examines how revolutionary messianism in Black liberation movements in the United States and beyond inspired Western governments to pursue counter-revolutionary, counter-insurgent, and genocidal measures to thwart African-centered self-determination. His other project unearths notions of just war theory, abolitionism, and humanitarianism in the context of nineteenth-century warfare along the Gulf of Guinea Coast. Dr. Adjetey earned the Ph.D., M.Phil., and M.A. in History and African Americans Studies at Yale University. 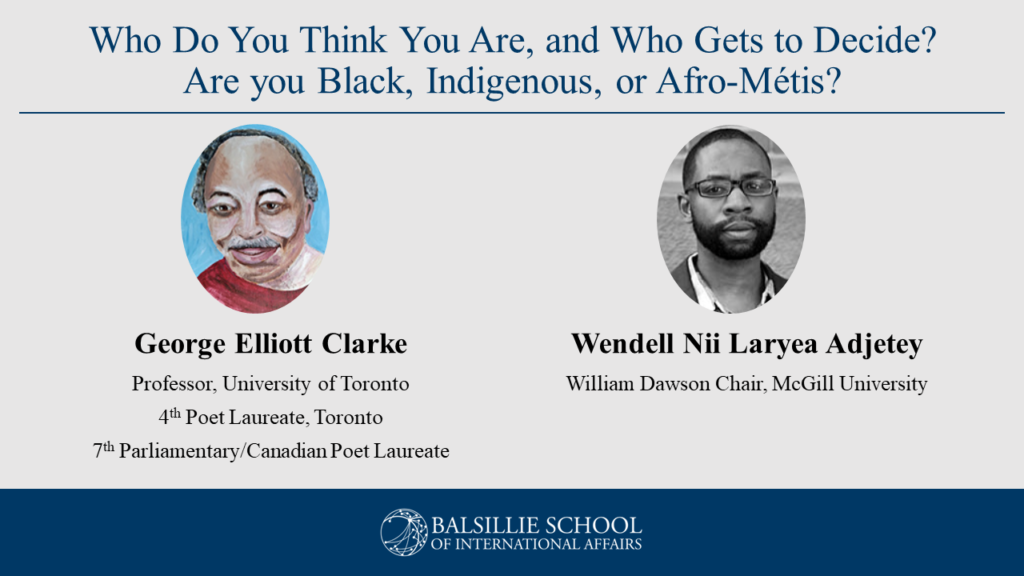