Working for Global Affairs Canada: A Discussion with BSIA Graduates

Registration for this event is now closed. To request the link, please email [email protected].

Ever wonder what working for Global Affairs Canada would be like? Join us for a roundtable discussion with BSIA graduates to discuss career opportunities with Canada’s ministry of foreign affairs.

Rebecca Bell, MAGG 2016
Rebecca is a Policy Analyst with the International Assistance Policy Coordination Division at Global Affairs Canada. In this role, she is responsible for developing Canada’s policy direction on Financing for Development and Least Developed Countries, and coordinates international assistance policy within GAC and across other departments for policy coherence. Prior to her work at GAC, Rebecca worked in community services in Toronto and in global health in Uganda and Rwanda. Rebecca is a graduate of the MA in Global Governance program (2015/2016), where her research focused on opportunities for behavioural economics in preventing communicable disease. Rebecca also participated in the UN Association in Canada-BSIA internship program, working as a consultant in UN-Habitat’s Youth & Livelihoods Unit in Nairobi, Kenya.

Isaac Caverhill-Godkewitsch, MAGG 2012
Isaac is a Senior Desk Officer (India) at the South Asia Division of Global Affairs Canada in Ottawa, Canada. Building on his experience in multilateral affairs in the G7/G20 Summits division and Canada’s Permanent Mission to the UN in New York and Geneva, Isaac’s current role focuses on building momentum in the strategic partnership between Canada and India. His responsibilities include the Canada-India bilateral framework, human rights, the Indo-pacific region, and India’s foreign policy. His previous work in G7 and G20 policy focused on digital innovation as well as climate change, oceans, and clean energy issues. Before joining the federal government, Isaac worked in the office of the Minister of Health of Alberta, where he advised on the development of a mental health mobile application for better service delivery and mental health resources. Isaac also worked on policy innovation at the Waterloo Institute for Social Innovation and Resilience (WISIR) and the Centre for International Governance Innovation (CIGI) while he was completing his Master’s in Global Governance at the Balsillie School of International Affairs (BSIA) in Waterloo, Canada. In his graduate research, Isaac focused on the effects of environmental change on human and national security, and published several articles on these issues.

Carly Hayes, MAGG 2016
Carly is a Program Officer with the International Assistance Research and Knowledge division at Global Affairs Canada. In this role, she is the lead officer on the development and implementation of the International Assistance Research and Knowledge Facility, a program that focuses on the generation and dissemination of evidence to support the achievement of the Sustainable Development Goals. Carly has previously worked with the International Development Research Centre (2017-2019) as a Program Management Officer for the Livestock Health program, as well as a Research Award Recipient with the Food, Environment and Health program. In the latter position, she served as the Primary Investigator on two food systems research projects, one in Peru and one at the global level. Carly is a graduate of the Master of Arts in Global Governance program (2015/2016), where her research focused on the impact of mega-regional free trade agreements on sustainable agriculture, farmer livelihoods, and nutrition in the Global South.

Jacob Hayes, MAGG 2016
Jacob is a Policy Analyst with the Trade Portfolio and Strategy division at Global Affairs Canada. In this capacity, Jacob is responsible for leading on matters related to the corporate governance of Export Development Canada (EDC), a Crown corporation and Canada’s sole Export Credit Agency. He also plays a key role in the development of policy and strategic guidance for EDC through the Minister of Small Business, Export Promotion and International Trade in her capacity as the Minister responsible for EDC in Parliament. Prior to accepting his current role at Global Affairs Canada headquarters, Jacob was the Trade Commissioner for Advanced Manufacturing at the Ontario regional office of the Trade Commissioner Service. Jacob is a graduate of the Master of Arts in Global Governance program (2015/2016), where his research focused on the impact of modern free trade agreements on the role of the United States as a world leader.

Patrick Segsworth, MAGG 2016
Patrick is a Senior Project Manager for the Counter-Terrorism Capacity Building Program at Global Affairs Canada, where he has worked for the past two years. In his current work, Patrick is responsible for managing a large portfolio of capacity building initiatives in support of Canada’s Middle East Strategy, and others in support of broader, global counter-terrorism efforts. Prior to this position, Patrick was a Policy Analyst in the Non-Proliferation and Disarmament Division at GAC (Sept 2016 – Aug 2018), where he provided policy guidance on key issues relating to space security and nuclear non-proliferation and disarmament. Patrick is a graduate of the Master of Global Governance program (2015/2016), where his research focused on the nexus of space security and nuclear non-proliferation. 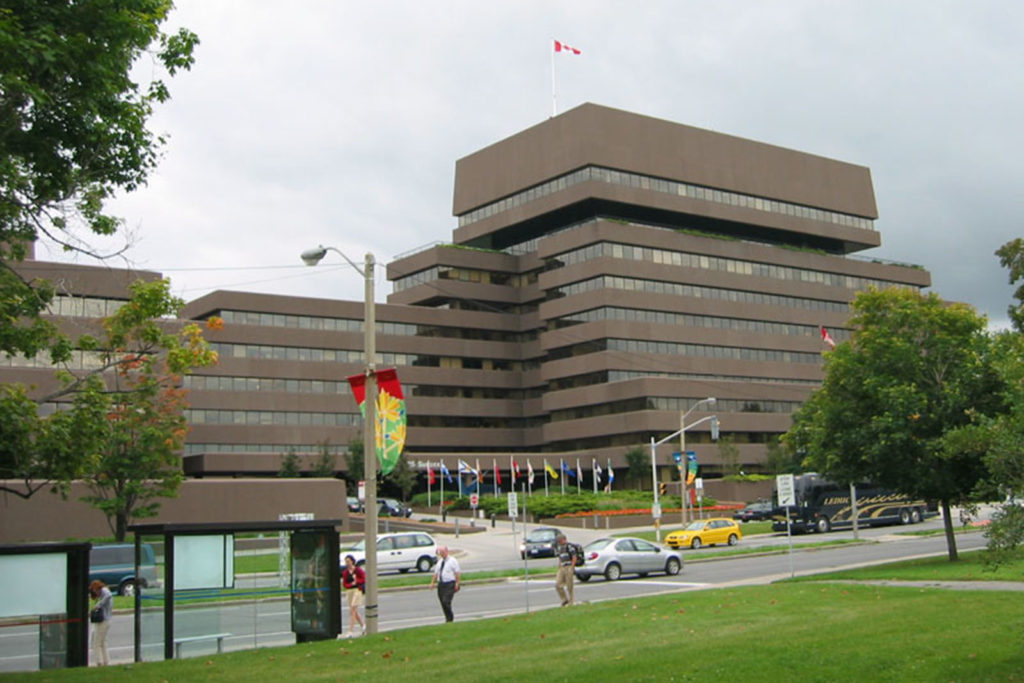