Working for International Non-Governmental Organizations: A Discussion with BSIA Graduates

Have you ever wondered what it’s like to work for an International Non-Governmental Organization? Join us for a roundtable discussion with BSIA graduates to discuss career opportunities within civil society.

Suhani Bhushan, Women Win. Suhani attended BSIA during 2013-2014 where she then completed her MAGG internship at CIVICUS: World Alliance for Citizen Participation in South Africa. She continued to work with CIVICUS over the next 6 years working on the Sustainable Development Goals, Capacity Strengthening, and Inclusion. She now works for Women Win based in Amsterdam.

Ryan Haughton, IFEX. Ryan is a researcher, writer, and storyteller currently based in Toronto after living in Indonesia for several years. Ryan grew up in Toronto and graduated with honours from the University of Waterloo in 2014; later receiving his Masters from the Balsillie School of International Affairs in 2016. Previously he worked with the United Nations, developing innovative solutions for improved and sustainable natural resource management. Ryan currently works with IFEX, a global network of organizations dedicated to the defense and promotion of free of expression and information as fundamental human rights. As an IFEX Network Engagement Coordinator my role involves delivering support to IFEX network and members’ campaigns, especially those at a regional and national level, as well as facilitating organisational strengthening support through grants and other resources to IFEX members.

Branka Marijan, Project Ploughshares. Branka leads the research on the military and security implications of emerging technologies. Her work examines ethical concerns regarding the development of autonomous weapons systems and the impact of artificial intelligence and robotics on security provision and trends in warfare. She holds a PhD from the Balsillie School of International Affairs with a specialization in conflict and security. She has conducted research on post-conflict societies and published academic articles and reports on the impacts of conflict on civilians and diverse issues of security governance, including security sector reform. 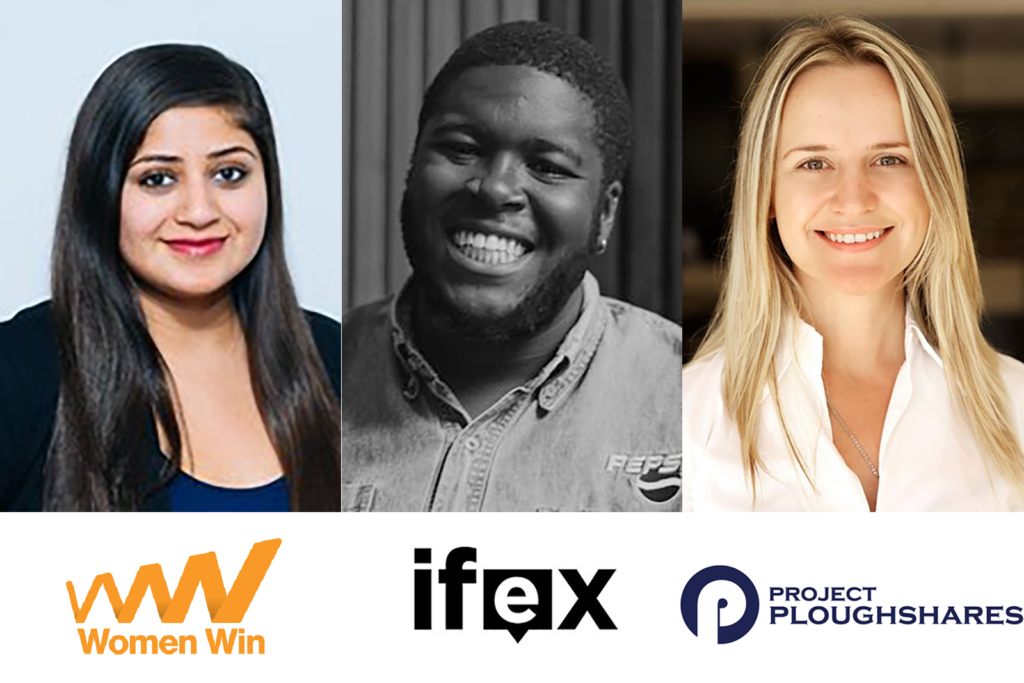