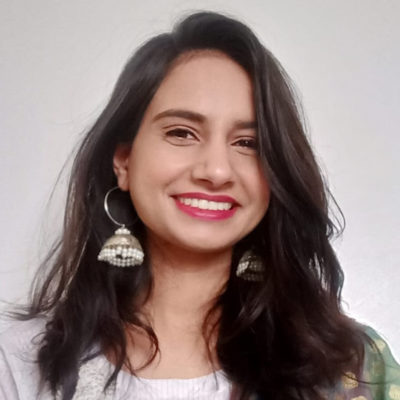 Aaesha Shehzad is a second year double degree student. She completed her first year at the University of Warwick, UK where she studied International Relations. Previously, she completed her undergraduate degree in Political Science from the Lahore University of Management Sciences, Pakistan. At the Balsillie School of International Affairs she hopes to build upon her previous knowledge and further explore the intersections between climate change, sustainable development, and international governance.

In her Senior Project for her undergraduate degree, Aaesha explored instances of unsustainable economic development and climate degradation in dystopian literature and examined how these themes were emerging in international news. Later, in the first year of her graduate studies she wrote a paper using data from the World Bank repository to study the relationship between climate change and socio-political instability. She found that there was substantial evidence to suggest a correlation between fluctuations in rainfall due to climate change and a rise in social and political instability. Furthermore, she wrote a paper examining some of the shortcomings of international relations theory regarding climate change and discussed possible solutions to tackle the issue of climate change in a more holistic manner, one of which stressed upon the importance of a greater collaboration between international relation theorists and natural scientists on the issue of sustainability and environmental degradation. Additionally, Aaesha has worked on a project where she carried out fieldwork and conducted interviews to understand the structures, stigmas, and dynamics of various second hand markets around Lahore. A common theme that emerged from this study was that most of the main actors were worried about the adverse effect that unpredictable climate fluctuations was having on their supply chain.

Previously, Aaesha has worked as a research analyst for PROMARK Services Ltd. in Lahore, Pakistan where she worked with clients such as PepsiCo. She is passionate about social work. While at Warwick, she joined the Student Action for Refugees and volunteered at the local library to conduct English languages classes for refugees and helped them with their communication skills. Aaesha has also been actively involved with Rotaract International in leadership positions including Club President and District Secretary. She was invited to be a speaker at the Rotary International district 1060’s annual conference where she spoke about her Rotaract district’s participation in national polio immunisation campaigns.

After her completing her studies at BSIA she plans on working in development oriented think tanks to conduct research and influence policies to bring climate change to the forefront of political discourse in Pakistan.