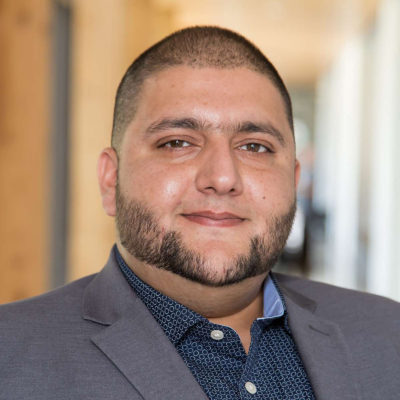 Adnan Ali recently graduated from the University of Waterloo with a 4-year Honours Political Science degree and a global governance specialization. During his undergrad, Adnan demonstrated a special interest for the discipline of philosophy by completing 12-courses which has enabled him to understand why it is the underpinning discipline of all disciplines.

Adnan is deeply passionate about the role of multilateral diplomacy and in the collaborative intergovernmental work of international organizations in upholding Human Rights and Sustainable Development Goals, especially of agencies of the UN. It is Adnan’s understanding that contemporary dilemmas as security, terrorism, migration, illicit financial flows, unequal burden-sharing between North and South, and fixing the poor regional and economic integration in Asia and Africa is not possible without genuine multilateralism and the adherence of states to the international normative order.

Adnan holds expertise in two regions: The Middle East, and South Asia. On the Middle East, Adnan wrote an undergraduate MRP on the following topic. “A Tale of Continuity & Change, American Foreign Policy on the Middle East”. The project looked at American core foreign policy and security objectives from the post-WW-II era until the Obama Presidency. The overarching themes and objectives arising from this work noticed the eradication of colonial rule, the securitization of petroleum, curtailment of communism, suppressing nationalism, combating terrorism, protecting Israel, engaging non-state actors, pursuing the War on Terror, upholding bilateral deals, and, how to deal with a peculiar Iran. On South Asia, Adnan has completed numerous term-projects on Afghanistan, Pakistan, China, and India. He is well aware of their histories, their political orientations, their economies, their religions, their evolving interactions with the West, and, their intra-regional politics among other things.

In his current journey at the Balsillie School, Adnan is pursuing a Master’s degree in Global Governance. His research thesis contemplates ‘the encroachment by an upcoming challenger (China); upon, the traditional territories of the existing hegemon (U.S.)’ — and, what this shifting balance will mean for the countries/regions in South and South-East Asia, and Canada.

If Adnan is not busy in understanding the elements states factor in defining their security; he is exploring the vast and beautiful Canadian landscape with his daughters, Mena and Aria.