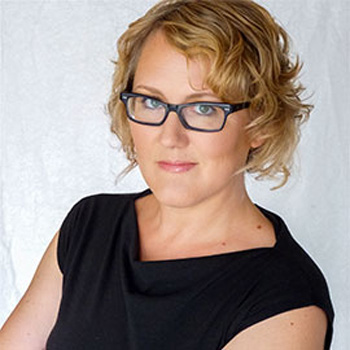 Alison Mountz is Professor of Geography and Laurier Research Chair in Global Migration. She is cross-appointed between the School of International Policy and Governance and the Department of Geography and Environmental Studies at Wilfrid Laurier University, where she directs the asylum lab, Haven and edits the journal Politics & Space (Environment & Planning C). Before moving to Laurier, Mountz was a faculty member of Syracuse University’s Maxwell School of Citizenship and Public Affairs for eight years. She also spent two years at Harvard University’s Canada Program, most recently as the 2015-2016 Mackenzie King Visiting Professor of Canadian Studies.

Mountz’s research explores how people cross borders, access asylum, survive detention, resist war, and create safe havens. She studies the tension between the decisions, displacements, and desires that drive human migration and the policies and practices designed to govern migration. Her recent research examines border enforcement, asylum, and detention on islands. Her work has been funded by the John D. and Catherine T. McArthur Foundation, the Canadian Embassy, the US National Science Foundation, Canada’s Social Sciences and Humanities Research Council, and the Canadian Foundation for Innovation.

Mountz is currently conducting SSHRC-funded research with people entering Canada from the United States on foot to seek asylum and with people being resettled across North America after being detained on remote islands – a project called Asylum’s Afterlives.

Mountz recently collaborated with Tucson-based filmmaker Lisa Molomot to complete a feature-length documentary film about US war resister migration to Canada. SAFE HAVEN (2020) weaves together two generations’ histories of US war resisters who migrated to Canada during US-led wars in Vietnam, Iraq, and Afghanistan. The film will soon be available through New Day and the video-on-demand platform Kanopy.

Mountz’s monographs include Seeking Asylum: Human Smuggling and Bureaucracy at the Border (University of Minnesota Press, awarded the 2010 Meridian Book Prize by the AAG); Boats, Borders, and Bases: Race, the Cold War, and the Rise of Migration Detention in the United States (with Jenna Loyd, University of California Press); and The Death of Asylum: Hidden Geographies of the Enforcement Archipelago (Minnesota, awarded the 2020 Globe Award by the AAG). Seeking Asylum explores offshore interception and detention and the erosion of access to political asylum. Boats, Borders, and Bases documents the geographical development of the US detention system, understood through the racialized history of US interception of migrant ships in the Caribbean. The Death of Asylum maps genealogies of border externalization, the growth of island detention, and the death of asylum. Mountz’s full publication record is available through Google scholar here: https://scholar.google.com/citations?user=af5D2SUAAAAJ&hl=en