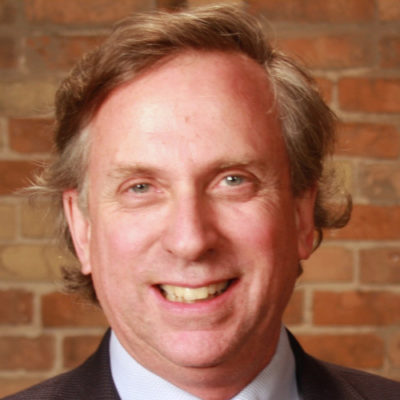 Andrew F. Cooper is a Professor at the Balsillie School of International Affairs and the Department of Political Science at the University of Waterloo where he teaches in the areas of International Organization, Global Governance, Comparative Foreign Policy and International Diplomacy. He holds a DPhil in International Relations from Oxford University. He currently is the Director of The Centre for the Study on Rapid Global Change, University of Waterloo, Canada and an Associate Research Fellow-UNU CRIS as well as an Associate Senior Fellow at the Centre for Global Cooperation Research in Duisburg, Germany.  From January to May 2009, he served as Visiting Fulbright Chair at the Center on Public Diplomacy, University of Southern California, and has previously been a visiting professor at Australian National University, SAIS Johns Hopkins, Stellenbosch University and Harvard University.

Dr. Cooper has led training sessions on global governance, diplomacy and International Political Economy in Canada, South Africa and at the World Trade Organization, and in 1993-94 was scholar in residence at Canada’s Department of Foreign Affairs and International Trade (DFAIT). He has attended numerous G8 summits and all of the G20s either presenting at pre-summit academic conferences or providing commenting from media centres. He has been active in major research projects on the global economic governance in partnership with Chatham House and other leading research institutes, and has given major addresses in conferences sponsored by such bodies as the Chicago Council on Global Affairs, the German Development Institute, the Centre for New Global Governance at Renmin University, the ASAN Institute for Policy Studies in Seoul, the Asian Development Bank Institute, Shanghai Institutes of International Studies, The Matías Romero Institute, the Clingendael Institute, Oxfam International, and The Woodrow Wilson Center for International Studies. He has also served on the Advisory Board of both the GARNET Network of Excellence and the Hague Journal of Diplomacy, and has been a member of the first Warwick Commission on The Multilateral Trading System.

Dr. Cooper is the co-editor of the recently published The Oxford Handbook of Modern Diplomacy. He has as well co-authored the first stand-alone book on the G20, with a Foreword by the Rt. Hon. Paul Martin. Dr. Cooper’s research focuses on foreign policy strategies of emerging powers in a multi-polar world, middle and small states, regionalization, global health governance and conventional and non-conventional diplomacy. He is author/co-author of 9 books and editor/co-editor of 21 collections and his articles have appeared in leading journals such as International Organization, International Affairs, World Development, International Studies Review, International Interactions, Political Science Quarterly, Global Policy Journal, Washington Quarterly, Journal of Democracy, Global Governance, Third World Quarterly, and New Political Economy. His work has been profiled via ABC Good Morning America, The Independent, CBC’s Q, Variety Magazine, Times of India, China Daily, and the Washington Diplomat.