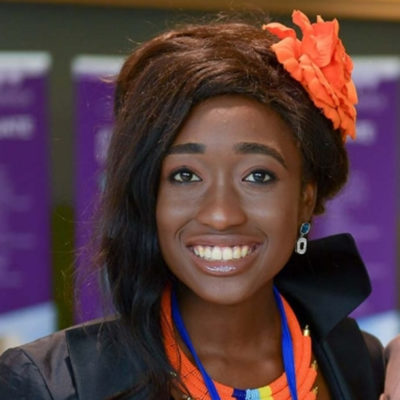 Ashley was born and raised in Kenya and is a qualified lawyer from the University of Warwick – School of Law. Ashley will be joining the double MA in Global Governance after completing her first masters in Political Economy from Warwick University. Her wider research interests include international security, human rights, comparative politics, war and post-conflict studies and transitional justice. A recent focus of Ashley’s has been in questioning the growing ‘feminisation of the face of terror’. Looking closely at the motives and variant roles of female perpetrators.

Outside of her academics, Ashley is passionate about mobilising youth, to build and embrace sustainable and progressive futures. A goal she has began working towards through active involvement in shaping policies and procedures for human rights organisations, including, Coventry Haven UK and establishing a charity in Kenya combatting FGM and early marriages.

Ashley also has experience as an international conference president and a range of operations delivery in consultancy, pageants and NGOs. Ashley was the first female president of the Warwick Africa Summit and in the same year became the youth program coordinator for the “End FGM” program at Coventry Haven collaborating with over 500 young people, refugees, professionals and the West Midlands police.

Her shift into political economy was inspired whilst working at the Forthall School of Government, where Ashley contributed to political analysis and recurrently guest featured on their primetime analysis show offering an informed youth perspective. Ashley has also worked at The Consulting House, a policy and securities think-tank, where she gained the opportunity to collaborate on research and analyse different power dynamics in East and Central Africa.

Ashley is looking forward to joining the Balsillie School of International Affairs, where she hopes to not only continue her research in international political economy, but also expand her understanding on policy creation, critical security studies and global development governance.