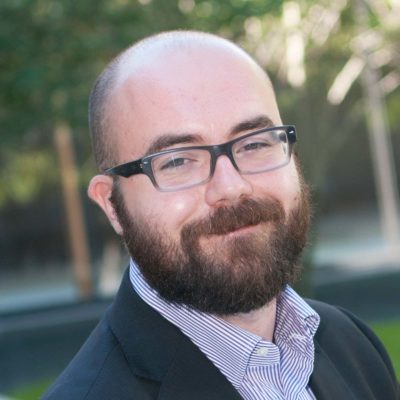 Eric Tanguay is a PhD candidate at the Balsillie School of International Affairs, specializing in conflict and security. His primary research interests include post-conflict peace processes, the role of traditional and religious institutions in African security governance, and the protection of civilians in peacekeeping operations. Eric’s dissertation investigates the potential of “Infrastructures for Peace”— multilevel institutional mechanisms intended to collaboratively mobilize and integrate a multiplicity of state, nonstate and international actors towards the prevention and resolution of domestic conflicts—to serve as inclusive and locally owned alternatives to conventional top-down and externally imposed approaches to peacebuilding. Eric recently returned from six months of fieldwork in West Africa where he sought to uncover how the first peace infrastructure to be institutionalized with the assistance of the United Nations—Ghana’s National Peace Council—relates to the subnational stakeholders it has been mandated to coordinate with, and to assess how these networked peacebuilding strategies have impacted local conflict-affected communities in the country’s historically volatile Northern Region. This research project questions both whether such “hybrid” peace institutions can be purposively engineered—even by endogenous actors—and the extent to which such institutions represent viable pathways for the international community to move beyond orthodox, interventionist approaches to building peace.

Eric completed his Master’s Degree in History at Wilfrid Laurier, through the Tri-University Graduate Program. His MA Thesis explored the tactical and political limitations of multilateral interventions through an analysis of Secretary General Dag Hammarskjöld’s leadership of the United Nations peacekeeping operation during the initial stages of the 1960-1965 Congo Crisis.

Remaining broadly interested in both the United Nations system and African politics and security, Eric is currently working with Dr. Timothy Donais on a research project which examines issues of accountability within the UN peacekeeping system, as well as the operationalization of Protection of Civilians mandates in ongoing peacekeeping and stabilization missions across the continent, including in the Democratic Republic of the Congo, South Sudan and the Central African Republic. Eric has also recently assisted Dr. Jeff Grischow and his research team in collecting archival and interview data for a project which has sought to chronicle both the evolution of disability rights movements in Africa, as well as the lived histories of disabled Ghanaians.