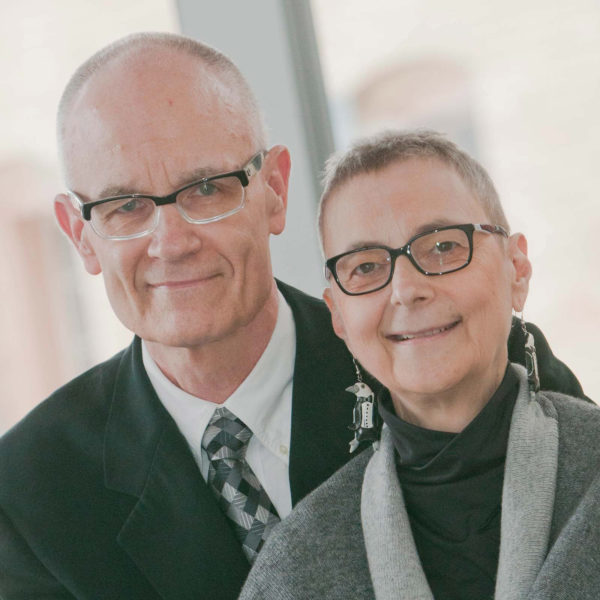 James G. Blight and janet M. Lang met in graduate school in the early 1970s. Both were studying cognitive psychology at the University of New Hampshire, where each earned a PhD. They were married in December 1976, in Cambridge, Massachusetts. Both subsequently earned graduate degrees at Harvard’s John F. Kennedy School of Government. janet went on to earn a second doctorate from the Harvard School of Public Health in Epidemiology and Biostatistics, subjects she taught for many years at Boston University’s School of Public Health. Following her diagnoses and treatment of two types of cancer in 1999, she decided to focus exclusively on her ongoing partnership with Jim in the study of events in recent history of U.S. foreign Policy. During the 1980s, Jim was a researcher and administrator at the Belfer Center for Science and International Affairs at the Kennedy School. The Kennedy School was, for both, the right place to be, at the right time, to meet the right people to direct and focus their work. They think of the school during the 1980s as true “glory days” for budding researchers in international security. During their residency at Harvard, for example, their most influential teachers included Joseph S. Nye, Jr., Graham Allison, Richard Neustadt, Thomas C. Schelling and Ernest R. May.

No, that is not a typo in the first line of the previous paragraph. janet does in fact spell her first name with a lower case “j.” Always, unless she is coerced in legal or other documents to relent and use the upper case “J.” This practice derives from janet and Jim’s early days teaching psychology together. Often, the classes were large—one to two hundred students, generally. They were still pedagogical idealists, too young to know better, and fools enough to try to get their students to write decent essays. No true-false questions; no multiple choice, computer-graded exams. With so many students, they split the reading, with each reading roughly half of the essay exams. But a way had to be found to determine who had read the exam: janet or Jim? So, J&j developed a rule: (1) they would identify themselves on the exams with a big J (Jim), or a little j (janet).

That was more than thirty years ago. Ever since then, they have been “j&J” to all who know them.

James Blight and janet Lang are best known for having created, refined, and applied an innovative research method called critical oral history (COH). The method involves three kinds of knowledge, which merge simultaneously in carefully choreographed, but often highly creative conferences. They are: (1) memories of former high-level decision-makers, (2) declassified documentation from the governments of all the involved countries, and (3) scholarly analysis. Jim and janet have been the principal organizers of more than two-dozen COH conferences on several continents on a wide range of events in recent U.S. foreign policy. These include the 1961 Bay of Pigs invasion; the 1962 Cuban missile crisis; the U.S. war in Vietnam (1961-1968); the collapse of U.S.-Soviet détente culminating in the Soviet intervention in Afghanistan and the Western response; the U.S. role in the Iran-Iraq War; and the close brush with war between the U.S. and Iran in 1996, over an attack on U.S. Air Force personnel at Khobar Towers, in Dhahran, Saudi Arabia.

The method evolved in the context of a systematic reexamination of the October 1962 Cuban missile crisis, involving the most senior living decision-makers from the U.S., Russia and Cuba. Beginning at Harvard’s Kennedy School of Government (1984-1989), then at Brown University’s Watson Institute for International Studies (1990-2009), they co-organized six COH conferences on the crisis, in the U.S., Russia, Antigua and Cuba. These COH meetings, and their subsequent publications based on the meetings, are widely credited with fundamentally altering our view of the crisis, which is revealed in their work to have been more dangerous than was believed at the time, and during the quarter century following the crisis.

janet and Jim have on many occasions served as advisers to filmmakers and television producers involved with films and/or programs on historical events they have investigated, especially the Cuban missile crisis and the U.S. war in Vietnam. In 2001, their involvement in film assumed added intensity, as they became the principal advisers to the filmmaker, Errol Morris, and his subject, the former U.S. Defense Secretary Robert S. McNamara, a project that produced Morris’ Academy Award winning 2004 film, The Fog of War: Eleven Lessons From the Life of Robert S. McNamara. The following year, 2005, janet and Jim became co-producers of what became the multiple award winning 2008 feature documentary film, Virtual JFK: Vietnam if Kennedy Had Lived, directed by Koji Masutani.

In 2011, one year after their move from the Watson Institute to the Balsillie School, janet and Jim recruited Koji Masutani to the school to conceive, manage and implement a transmedia project on the Cuban missile crisis. Masutani, now the digital scholar in residence at the Balsillie School, has subsequently teamed with janet and Jim to develop what is believed to be the first major transmedia (or multiple platform) project that marries a deeply scholarly enterprise to the full range of digital and social media, in an effort to reach “digital natives” who prefer to learn from a number of integrated modes. The transmedia project is anchored by Jim and janet’s book, The Armageddon Letters, but goes far beyond the printed word: in podcasts; blogs (by “special arrangement,” the bloggers are John F. Kennedy, Nikita Khrushchev and Fidel Castro); highly produced short films (both live-action and animated); and graphic narratives based on episodes in the Cuban missile crisis. The project also makes extensive use of social media to facilitate the spread of the various messages conveyed in The Armageddon Letters, especially the lessons janet and Jim draw from the crisis for the conduct of foreign policy in the 21st century.

For more about their transmedia work, see the following:

Their newest project, another multi-media collaboration with Koji Masutani, takes a deep look into the decision-making on matters of war and peace of John F. Kennedy, the 35th U.S. president. The project is anchored by their forthcoming book, JFK’s Backbone: Defeating the Hawks and Waging Peace in a Dangerous World and examines the connections between JFK’s lifelong “body boot camp” – JFK was actually one of the sickest, most physically compromised American presidents in U.S. history – in which Kennedy learned never to trust experts – whether doctors or generals – and the decisions he made (and did not make) on the half dozen occasions when he was intensely pressured to go to war. JFK was far from infallible, but his decisions on war and peace suggest considerable relevance for our own time.

For more on this project see: