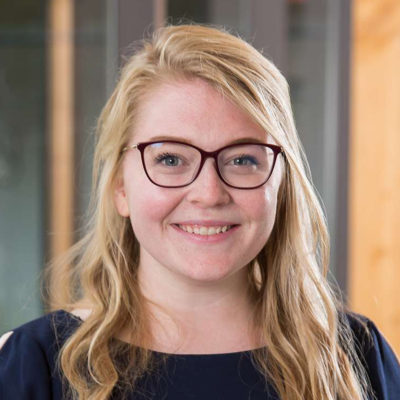 Master of Arts in Global Governance, 2020

Kaleigh Alyssa Campbell is a graduate student in the Master of Arts in Global Governance program at Balsillie School of International Affairs. In 2019, Kaleigh graduated with distinction from the University of Waterloo with an Honours Co-op Bachelor of Arts in Legal Studies and Business, with minors in Sociology and Visual Culture in a Global Context.

While pursuing her undergraduate degree Kaleigh participated in numerous extracurricular activities including serving as the Service Coordinator of the UW Women’s Centre, as well as an Editor for the Legal Studies Undergraduate Journal (LSUJ) and a Review Committee Member for the University of Waterloo’s Policy 42 – Prevention and Response to Sexual Violence. In addition to extracurricular activities, Kaleigh worked for Canadian Nuclear Laboratories (CNL) on the Port Hope Area Initiative (PHAI), Canada’s largest environmental remediation project of historic low-level radioactive waste.

Furthermore, in her final undergraduate term, Kaleigh focused on her Honours Thesis which considered the establishment and founding circumstances of Canadian Artists’ Representation/Le Front des artistes canadiens (CARFAC). In conjunction with her academic interest in Legal Studies and Business, Kaleigh’s passion for arts and culture have had a profound influence on her current research interests.

Kaleigh’s research interests surround the political-economic arrangements that relate to the international trade of artworks and the development of national policies regarding the trade of cultural goods. She is also interested in the humanization of economic policies, the societal value of art, and its significance for national identities and cultural preservation.

In her studies at Balsillie School of International Affairs, Kaleigh aspires to pursue research in the aforementioned areas, with a specific interest in the governing of multilateral institutions and policies related to the repatriation of stolen or looted artworks.