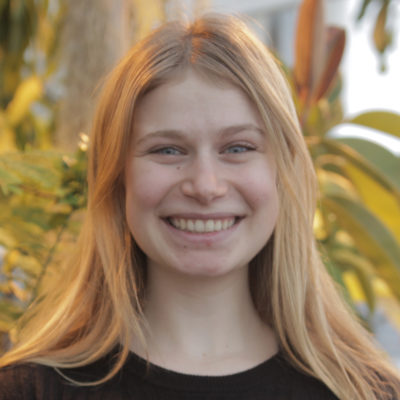 Kestrel DeMarco is a student at the Balsillie School of International Affairs, in the Master of Arts in Global Governance program. She holds an Honours Bachelor of Science degree from Queen’s University, where she majored in Environmental Science and minored in Mathematics.

She spent the last two summers working at the Queen’s University Biological Station on long-term research projects to conserve endangered bird and snake species. For her undergraduate thesis, she analyzed the usefulness of genetic analysis of bird species, including species at risk, for conservation. Having studied Environmental Science for four years, she is acutely aware of the multidimensional threats of climate change and biodiversity loss, and of the lack of an appropriately strong response across the international political economy so far.

She has a strong interest in the challenges that prevent, as well as the measures that could enable, the implementation of sound climate policy on the global scale. These include barriers to collective action as well as grassroots initiatives to mobilize change, benefit marginalized groups and advance climate justice. She believes that working towards environmental sustainability also means dismantling the deep-rooted systems of oppression that exist across the international political economy. She is deeply interested in the responsiveness and adaptability of different economic systems during times of crisis, and in examining capitalism’s ability (or inability) to be “sustainable” and equitable.

Ultimately, Kestrel hopes to work for the government or a non-government organization working to advance social and environmental justice.