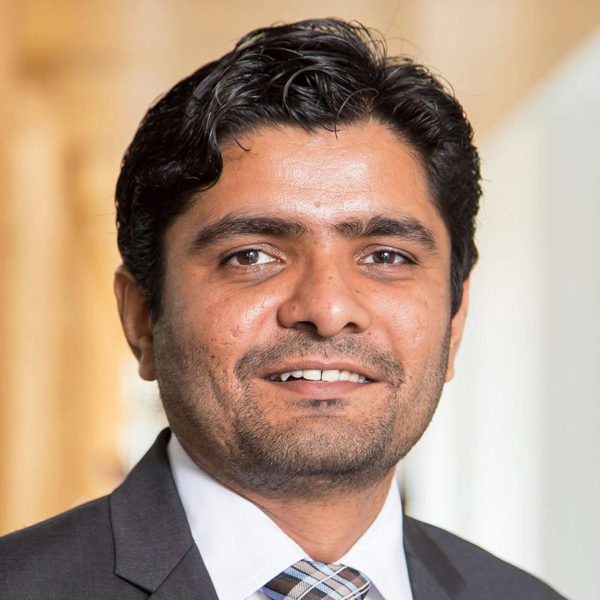 Nisar Chattha is a PhD candidate in the Global Governance Program at Balsillie School of International Affairs, Waterloo Ontario.Chattha was born in Gujranwala, Pakistan. He is a recipient of Public Policy & Good Governance scholarship offered by the German Academic Exchange Service (DAAD) in 2013 to complete his Master of Public Policy. He has taught the subject of Political Science at the college level. He remained associated with a law firm in Lahore, Pakistan as a research associate He has worked for Ministry of Finance and Ministry of Climate Change in Pakistan. He has worked in some international projects supported by the World Bank and Asian Development Bank related to Small and Medium Enterprises (SMEs) and social safety nets. During his stay at Ministry of Climate Change, he was actively involved in national and international Climate Change negotiations and attended many high-level events as a delegate including COP-22 in Marrakech, Morocco in 2016. He was a member of the team which prepared Pakistan’s Intended Nationally Determined Contributions (INDCs) report for its submission to United Nations Framework Convention on Climate Change (UNFCCC). He worked closely with the legislative committee which authored one of the most cherished legislation in Pakistan related to Climate Change after the Paris Agreement namely Pakistan Climate Change Act, 2017.

Chattha has done M.Sc. (Political Studies) from Quai-I-Azam University, Islamabad, and L.L.B from Punjab University, Lahore. He has attended many workshops and certifications on Environment and Climate Change organized by various international organizations