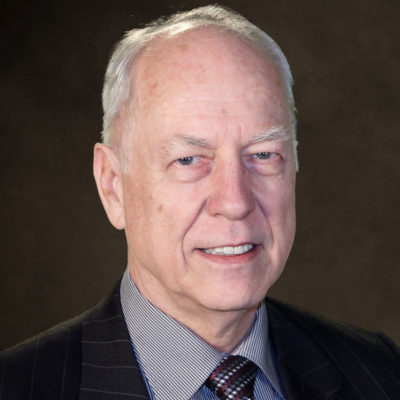 Paul Heinbecker is a distinguished fellow, joining CIGI in 2003, and contributes to the Global Security & Politics program.

His early diplomatic career included postings to Ankara, Stockholm and Paris (at the Organisation for Economic Co-operation and Development). After returning to Canada in 1979, Paul served as director of the US division in the External Affairs Department, and head of policy planning, where he wrote foreign policy speeches for Prime Minister Pierre Trudeau and Secretaries of State Mark MacGuigan and Joe Clark. Paul was subsequently appointed to the Canadian embassy in Washington where he led work on cross-border issues, notably acid rain, and on international affairs, including NATO, arms control and disarmament.

In 1989, Paul returned to Ottawa to be Prime Minister Brian Mulroney’s chief foreign policy adviser and speechwriter, and assistant secretary to cabinet for foreign and defence policy. In 1992, he was named ambassador to Germany, where he focused on NATO’s response to the Bosnian war and promoted Canada’s position on European Union overfishing. In 1996, he returned to Canada as assistant deputy minister for global and security policy, advising Foreign Minister Lloyd Axworthy on Canada’s human security agenda. He also led the Canadian delegation to the Kyoto climate change negotiations and headed the interdepartmental task force on Kosovo. In the summer of 2000, he was appointed permanent representative of Canada to the UN where, among other things, he sat on the UN Security Council, advocated on behalf of the International Criminal Court, promoted the Responsibility to Protect doctrine and counselled the Canadian Government to stay out of the Iraq war.

In 2004 he was appointed the inaugural Director of the Centre for Global Relations at Laurier and a Distinguished Fellow at the Centre for International Governance Innovation in Waterloo. A frequent commentator on radio and television, he has also written numerous newspaper and journal articles, authored the book “Getting Back in the Game: A Foreign Policy Playbook for Canada” and contributed to and edited several other books on international relations. He has also, appeared before Canadian parliamentary committees, lectured at the Department of Foreign Affairs, the Canadian Forces Staff College, and numerous universities and institutions across Canada, Europe, Asia and Latin America.

Paul is a graduate of Wilfrid Laurier University (formerly Waterloo Lutheran University) and has honorary doctorates from Laurier and St. Thomas universities. He was named Laurier Alumnus of the Year in 2003 and an Alumnus of Achievement on Laurier’s 100th anniversary in 2011. He was also selected one of the 50 top student athlete success stories of the first 50 years of the CIS, Canadian Interuniversity Sport.

He is married to Ayse Köymen; they have two daughters, Yasemin and Céline. Paul speaks English, and French, as well as some German, Turkish and Swedish.