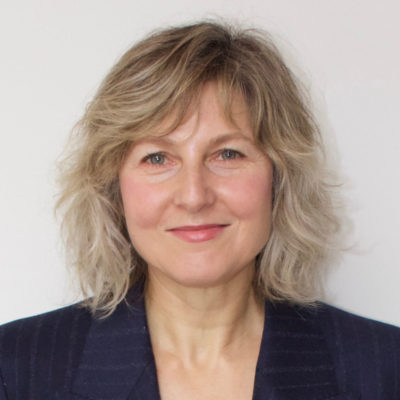 Sara Matthews is Associate Professor in the Department of Global Studies at Wilfrid Laurier University and supervises students in the MA programs in Communication Studies, and in Religion, Culture and Global Justice. Her research and teaching are interdisciplinary and consider the dynamics of conflict and social change. Working primarily in the field of research-creation, her projects explore the relations between visual culture and martial politics as well as how communities craft creative modes of relationality and survival in response to practices of state securitization. She has several ongoing SSHRC funded research projects in the field of critical security studies.

Her areas of research include the following: critical security studies + surveillance + drone technologies + discourses of public safety and civil defense + war museums and public history education + war, memory and visual culture + dystopias/utopias and social futurities. She is a curriculum theorist by training and draws on approaches from cultural studies, postcolonial studies, and critical race theory in her work.

In addition to her scholarly practice, Dr. Matthews curates aesthetic projects that archive the ways in which encounters with conflict and loss emerge as new forms of futurity, materiality and placemaking. Her critical art writing has appeared in PUBLIC, FUSE Magazine and in exhibition essays for the Robert Langen Gallery, Circuit Gallery, the Ottawa Art Gallery, the Doris McCarthy Gallery and as a blog for Gallery TPW.

Surveillant Subjectivities: Youth Cultures, Art and Affect is a research-creation initiative led by Dr. Dina Georgis (University of Toronto) and Dr. Sara Matthews (Wilfrid Laurier University). The project explores the ways in which youth in the Toronto region experience surveillance as an embodied aspect of their everyday lives, expressed affectively, through emotion and social practice. Our research collaborators on the project are Gallery TPW, Toronto and the Canadian contemporary artistic duo Bambitchell. As part of the project, the artists were commissioned to produce original work responding to the theme of surveillance. Their multi-part installation, Special Works School, was exhibited at Gallery TPW January 13 – February 24, 2018. You can read a review of the exhibit published in Canadian Art and authored by Aaditya Aggarwal. Youth participants encountered the exhibit in a series of workshops at Gallery TPW in February 2018.

Prepper Pedagogy is a long-term research project that explores the ways in which contemporary civil society is enmeshed with militarized violence. By examining practices of pre-emption, civil defense and emergency preparedness, the project delineates the home front of the battlefield as manifested through the domestic politics of surveillance, enclosure and territorialisation. Prepper pedagogy describes the discourses and practices that instruct pre-emptive ways of knowing and being in relation to perceived threats of persistent social disorder and/or uncertainty. For example, national programs for emergency and disaster preparedness are civic practices that educate the citizenry to their state security function – uncertainty must be internalized, managed and neutralized for safety to be assured. The enmeshment of civilian, military and carceral logics and spaces is seen as normative and indeed, desirable. Prepper pedagogy can also describe how martial politics instruct individual responses to differently imagined threats – climate collapse, for instance, or germ apocalypse, or doomsday. Contemporary preppers or “survivalists” are maverick social formations often characterized by libertarian notions of self-reliance and alt-right politics. But there are also models of survival that move outside of and against the neo-liberal politics of nation building. The research, which involves several case studies and is evolving over time, explores how prepper pedagogies both perpetuate and resist the normative epistemological and ontological foundations and practices of the settler colonial state.

2019. How to notice what cannot be seen/að sjá það sem hulið er. September 14-28, Herhúsid and The Herring Museum, Siglufjörður, Iceland.