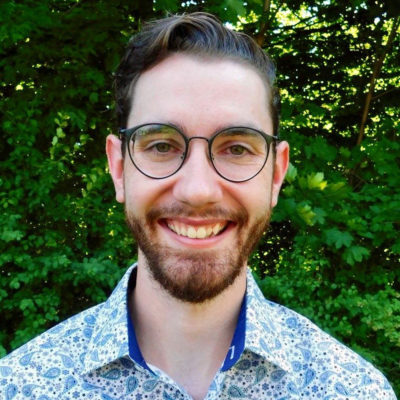 Spencer Page is a graduate student in the Balsillie School’s Master of Arts in Global Governance. He recently received his Bachelor of Arts in International Studies at Burman University in Lacombe, Alberta, also completing an English minor and the interdisciplinary Burman Scholars program.

As an undergraduate student, Spencer’s research focused on the overlapping discourses related to mitigating the manifest and imminent consequences of global climate change. His capstone project explored the role of the liberal international order in perpetuating climate change and its inability to effectively combat emergent rival ideologies, proposing an evolution of liberal thinking informed by Indigenous, ecological, and transdisciplinary epistemologies. Spencer’s other undergraduate coursework emphasized a diverse range of subjects including alterity, global political economy, Canadian political history, and ethics in global issues. He also travelled to Greece and Italy to study ideas relating to beauty and aesthetics. As he developed his own research interests, Spencer became involved in a number of research projects with his professors, accompanying Dr. Adam Kiš on a research trip to Kenya in order to study evaluation methods of NGOs and working as a research assistant to Dr. Marc Froese in his writing on liberal internationalism.

Beyond his academic background, Spencer has been highly involved in leadership, international development, and local politics. During his undergrad, he was elected President of the Burman University Student Association in which capacity he sat on the university Board of Trustees, introduced the institution’s first comprehensive student health plan, launched its first sexual assault awareness campaign, and negotiated with leaders of three different municipalities in Central Alberta to establish a regional transit pass for students. He also successfully proposed the formation of a Regional Transit Committee to oversee public transportation in several Central Alberta communities and sat alongside local leaders as a voting member. During his time in leadership, he was a voice for progressive change in a number of university committees concerning subjects such as research ethics, retention, marketing, and long-term strategic planning. He was also a founding member of the Burman University Intersectional Feminist Society.

In 2017, Spencer’s experiences in leadership and community development led him to A Better World Canada, a nonprofit NGO specializing in sustainable development solutions where he worked for three years as the assistant to the Executive Director. At A Better World, Spencer learned about the processes, economics, politics, and ethics of international development and participated in the coordination of projects in several countries including Afghanistan, Bolivia, Canada, Fiji, Kenya, Rwanda, and Tanzania.

In pursuing his Master’s at the Balsillie School, Spencer is excited to continue learning about and expanding upon the intersections of his diverse interests in climate change, community development, and political philosophy. He aims to pursue research on approaches to climate change governance and climate-exacerbated violence in the post-pandemic order.