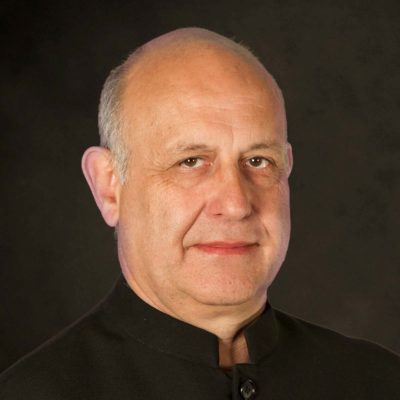 Alan Whiteside, OBE, was CIGI Chair in Global Health Policy from December 2012-December 2018. He was a Professor at Wilfrid Laurier University’s School of International Policy and Governance and at the BSIA.

In 1990, Whiteside started the AIDS Analysis Africa newsletter and was the editor until 2002. He is the co-author of numerous articles and books. His most recent book is his second edition of HIV and AIDS: A Very Short Introduction (Oxford University Press 2016).

Alan has carried out training around the world and has worked across of Africa, in Ukraine and parts of Asia. In 2003, he was appointed by then UN Secretary-General Kofi Annan to the Commission for HIV/AIDS and Governance in Africa. Other academic appointments include: Visiting Professor, School of Medicine Liverpool University, Leverhulme Visiting Professor, University of Southampton and Visiting Fellow, University of East Anglia. He was an elected member of the governing council of the International AIDS Society from 2000 to 2012. He is a member of the Governing Council of Waterford Kamhlaba United World College in Swaziland. In 2015 he was invested as an Officer of the Order of the British Empire.

Dr. Whiteside’s current research program focuses on interrelated areas of global health concerns.  These include: shifting burdens of disease, immigrant and migrant health, and the economic and social causes and consequences of HIV and AIDS.