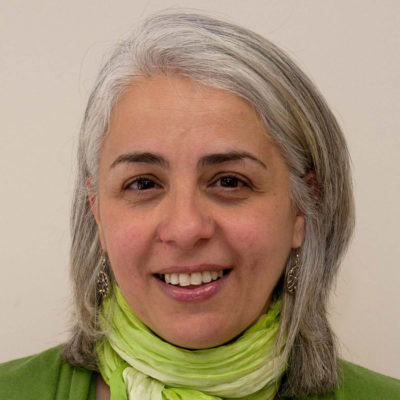 Jasmin Habib is the Chair of the Political Science Department at the University of Waterloo, former Director of the PhD Global Governance at the Balsillie School of International Affairs (2019-2022) and founding Director of the Global Engagement Seminar Program (2016-2019). She holds a Ph.D. in Anthropology (McMaster University) and an M.A. in International Peace Studies (University of Notre Dame). Among her publications are Israel, Diaspora and the Routes of National Belonging (2019, 2nd ed) and America Observed: On an Anthropology of the United States. Her research and publications focus on the politics of empire and the practices of decolonization with primary interest in the experiences of war-affected refugees now living in Israel, Palestine, Canada and the United States; indigenous practices and relations of autonomy in North America; and the architecture of consent for contemporary state violence (systemic and direct). Her work is primarily ethnographic and collaborative. Her research methodologies and practices are informed by postcolonial, diaspora, indigenous and feminist theories of the state; and the theories of spatial and visual cultures of violence/non-violence. She was past-Editor of the Cultural Spaces Series at the University of Toronto Press and past-Editor-in-Chief and Anglophone Editor of Anthropologica, the flagship journal of the Canadian Anthropology.