Global Insights: US Leadership in the World Under Biden

On January 20th, 2021, Joseph R. Biden, Jr. will became the forty-sixth president of the United States of America. He will assume office at a time when the need to address global crises such as the COVID-19 pandemic and climate change has never been pressing, but the international reputation of the US has been undermined by the Trump administration’s “America First” foreign policy. The purpose of this panel discussion is to discuss ways in which the new Biden administration can restore US standing and leadership in the world.

Roy Norton, Fellow, Balsillie School of International Affairs and Adjunct Assistant Professor, University of Waterloo
During his career with the Canadian Foreign Service, Roy was posted to the USA four times: twice to Canada’s Embassy in Washington, DC as Minister, Congressional Affairs and Media Relations; as Consul General at Detroit; and as Consul General at Chicago. From 2016-2019, Roy was Canada’s Chief of Protocol, based at Global Affairs in Ottawa.

Sarah Snyder, Professor, School of International Service, American University
Sarah is the author of two award-winning books, From Selma to Moscow: How Human Rights Activists Transformed U.S. Foreign Policy and Human Rights Activism and the End of the Cold War: A Transnational History of the Helsinki Network. 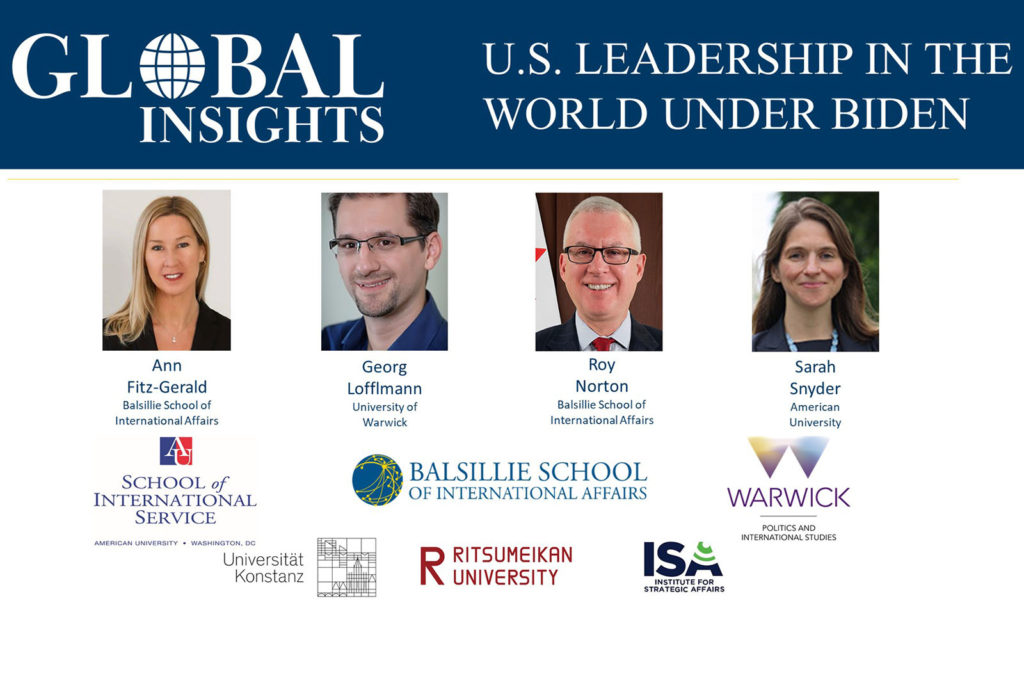