The event provides an opportunity to discuss key features of a new book by Dr. Daisaku Higashi of Sophia University in Tokyo, entitled Inclusivity in Mediation and Peacebuilding: UN, Neighboring States, and Global Powers, which was published in January 2022. The book is published as part of the “Academic Council on the United Nations System (ACUNS)” book series. While this book emphasizes the importance of inclusive processes in post-conflict peacebuilding, it also illustrates the importance of mediators taking flexible approaches to inclusivity, highlighting the crucial balance between the need to engage with conflicting parties to make an agreement feasible and to include multiple parties to make peace sustainable. The book is based on field research in Afghanistan, Iraq, South Sudan, Syria, Timor-Leste and Yemen. In a review of the book, Prof. Thomas Weiss at City University of New York wrote, “’The more the merrier’ is the usual approach for mediation and peacebuilding, but Daisaku Higashi’s wide-ranging field research identifies the pay-offs from a far more nuanced approach to inclusivity. His compelling recommendations are tailored for the UN, regional organizations, neighbors, and major powers.”

Dr. Daisaku Higashi is a professor at Sophia University in Tokyo, specializing in mediation and peacebuilding. From 1993 to 2004 he worked for NHK, Japan Public TV station, as a program director and produced numerous TV documentaries. He then completed his PhD in political science at the University of British Columbia in Canada. He worked for the UN Assistance Mission in Afghanistan (UNAMA) from December 2009 to December 2010 as a team leader for reconciliation and reintegration. In January 2011, he started working for the University of Tokyo as an associate professor. He also served as a Minister-Counsellor in the Permanent Mission of Japan to the UN from August 2012 to August 2014, with the Peacebuilding Commission (PBC) in his portfolio. After returning to the University of Tokyo, he transferred to a tenured position at the Center for Global Education at Sophia University in 2016. He has been frequently assigned by Japanese Foreign Ministers to visit Iraq and South Sudan to advise on peacebuilding. His publications include Challenges of Constructing Legitimacy in Peacebuilding: Afghanistan, Iraq, Sierra Leone and East Timor (Routledge 2015). 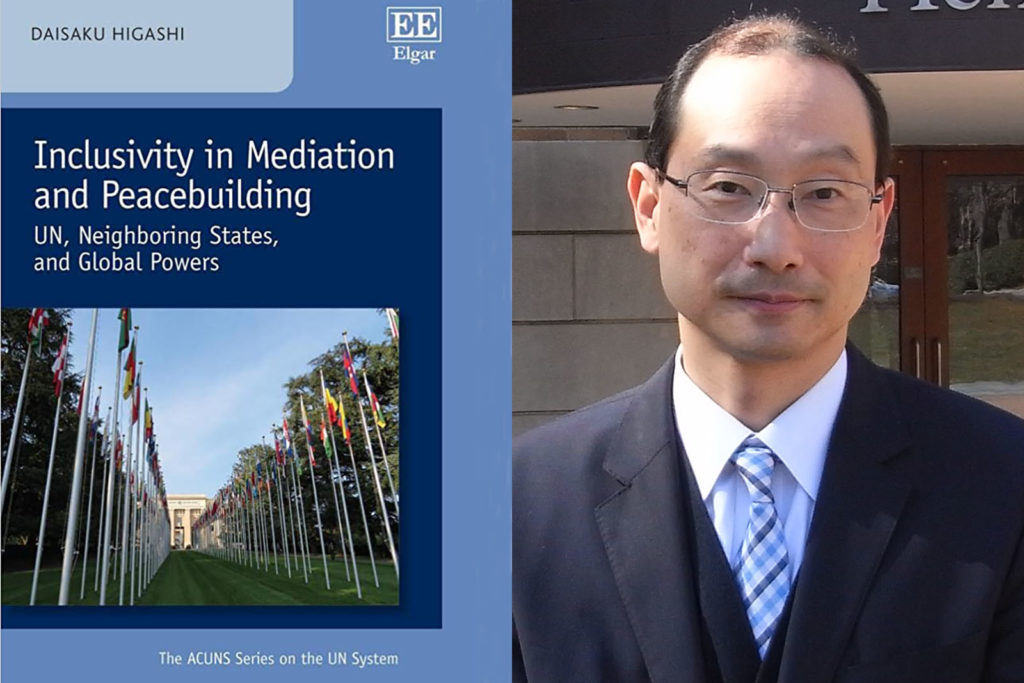