Media Policy and Power in the Global Political Economy: The Struggle For Shifting Media Power in Latin America

Regulatory and technological changes and the reconfiguration of social relations across time and space are important components of organizational developments and the power dynamics of media industries globally. These include structural factors such as conglomeration, multilateral and multisectoral partnerships, networks and alliances, but also changes in modes of communication, such as digitalization, aestheticisation and the rise of media activism.

This presentation will discuss major trends in the political economy of communication, notably its transition from an emphasis on examining dominant powers and processes of exploitation to a focus on the operation of new modes of production, resistance and activism. Drawing on cases concerning the struggle for media power in Latin America, including regional approaches to media policy, community, open source movements and indigenous activism, the presentation will consider the implications of media policymaking and activist interventions for broader debates concerning institutions, globalization and civil society within Global Political Economy research.

Cheryl Martens is a Research Professor in Sociology at the University of San Francisco Quito, Adjunct Professor in the Doctoral Program for Social Sciences at the Cuyo National University, Argentina and is currently a visiting research fellow in the Balsillie School of International Affairs. Her research interests include the international political economy and sociology of communication and technology, migration and consumption. Her recent publications include ‘Questioning Technology in South America: Ecuador’s FLOK Society Project and Andrew Feenberg’s Technical Politics’ in the Sage journal, Thesis Eleven (2017) and two co-edited volumes: Strategies for Media Reform: International Perspectives with Des Freedman, Jonathan Obar and Robert W. McChesney (Fordham University Press, 2016) and The International Political Economy of Communication: Media and Power in South America with Ernesto Vivares and Robert W. McChesney (Palgrave MacMillan, 2014). 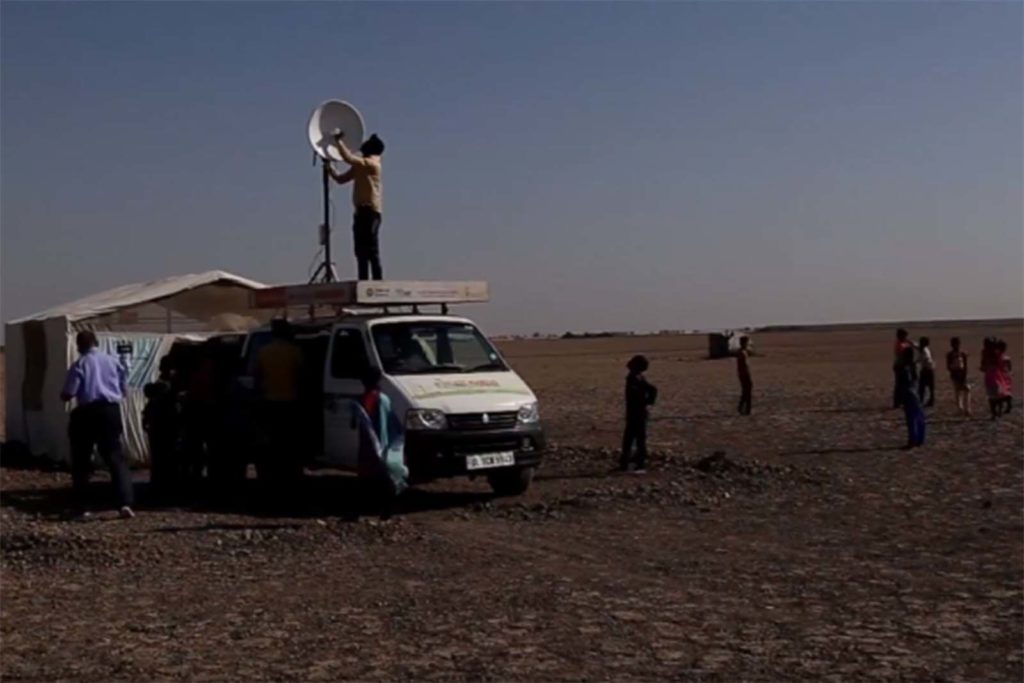 Image: Screenshot from the video "The Land of Zero Connect" by Digital Empowerment Foundation