The award-winning documentary film Safe Haven explores the lives of American war resisters who came to Canada looking for safe haven. Filmmakers and war resisters featured in the film will join on stage for a discussion after the screening.

Safe Haven weaves together the powerful stories of U.S. war resisters who sought protection in Canada during wars in Vietnam and Iraq. It looks back on the lives of men and women who participated in a movement to support younger generations who were conscientious objectors and shows the realities and myths of Canada as a welcoming country to those seeking protection. It delves into the life worlds of people deciding to leave home and military service, reflecting on these decisions at different stages of their life course. People who found safe haven in Canada, and who were forced back to the US discuss lives on both sides of the border.

The film is directed by Lisa Molomot, a filmmaker whose work has aired on PBS and has been seen at film festivals all over the U.S., including Sundance, SXSW, New Directors, New Films and DOC NYC and is produced Dr. Alison Mountz, professor at Wilfrid Laurier University, author of four books, of which the most recent is The Death of Asylum: Hidden Geographies of the Enforcement Archipelago. The film builds on research by Dr. Mountz, who has interviewed war resistors across Canada and the United States. 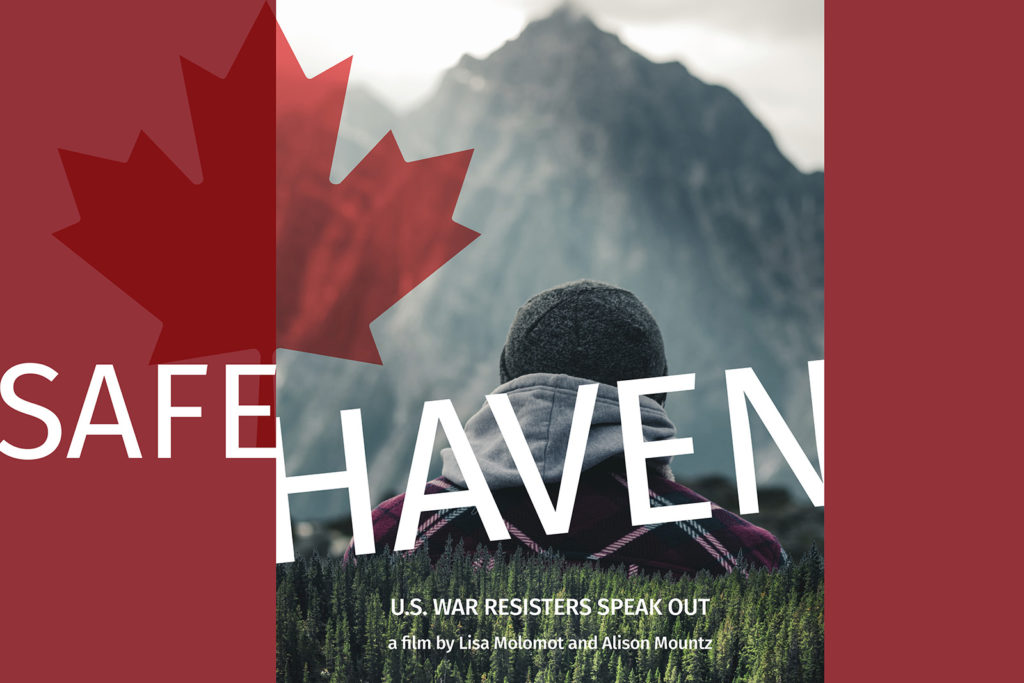